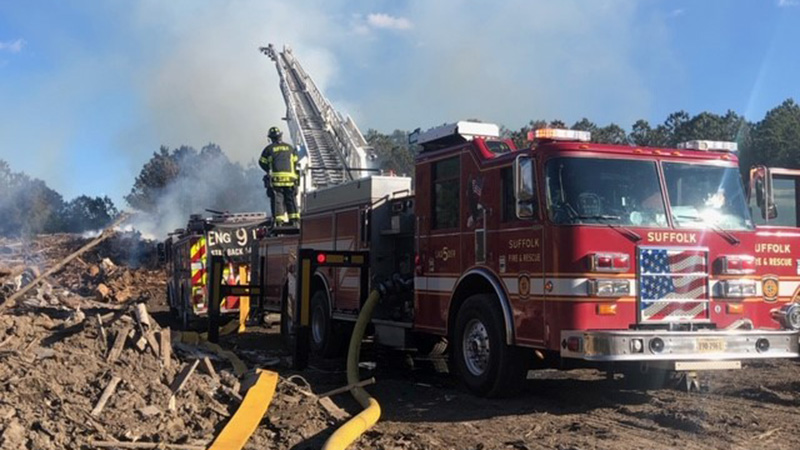 Suffolk Fire & Rescue crews, along with other mutual aid units, worked a large brush fire in the 7700 block of Crittenden Road on Wednesday, Jan. 20.

Emergency Communications was contacted at 1:16 p.m. advising of a fire involving a large section of bulldozed trees and debris, and the first units arrived on scene in the remote area at 1:32 p.m.

Multiple Suffolk Fire & Rescue units and tankers responded, in addition to mutual aid assistance provided by several neighboring jurisdictions. Additionally, crews from the Virginia Department of Forestry were on scene.

One of the mutual aid agencies was Carrollton Volunteer Fire Department. Its Tanker 10 helped pump more than 200,000 gallons of water from a body of water on the property, about a mile from the fire. The volunteer department said on its Facebook page it was “a true testament to how well our agencies work together in Western Tidewater.”

On Friday, Suffolk Fire & Rescue advised it was continuing to monitor the fire, which was still smoldering, noting it was “contained and manageable.” The contractor has also had personnel on scene.