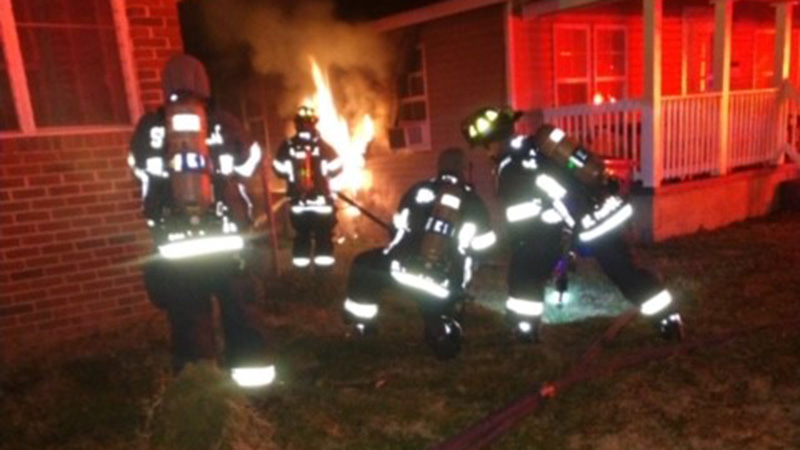 Firefighters responded to a blaze in a home on Kilby Avenue early Friday. (City of Suffolk Photo)

A family of six was displaced from their home on Kilby Avenue by an early-morning fire Friday.

Firefighters were summoned to the home in the 800 block at 2:07 a.m., and the first unit arrived on scene at 2:15 a.m., according to a city press release. The first responders found smoke showing from the single-story residence.

The occupants — two adults and four children — were displaced and are being assisted by the Red Cross, the press release stated. There were no injuries. The fire was called under control at 2:45 a.m.

The Fire Marshal’s Office will investigate the cause of the fire. The responding units included Battalion 1, Engines 1, 2, 3, Ladder 3, Medic 1, Rescue 1, EMS-1, and Safety 1.