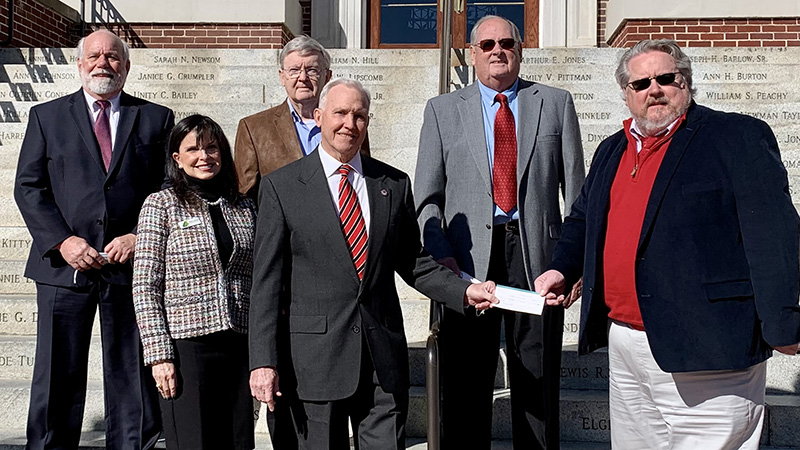 An annual nursing scholarship is starting this year in memory of a beloved Suffolk resident.

The Trustees of the Otha S. Rountree Revocable Living Trust established a nursing scholarship at the Suffolk Foundation. This scholarship will award $1,500 to a graduating high school senior or college student who plans to enroll or is enrolled in a nursing education program.

This scholarship is to honor and remember Otha Rountree. Rountree was a graduate of Suffolk High School who is most known for his volunteer hours at Sentara Obici Hospital. He logged more than 40,000 hours of volunteer time and would give visitors a smile with the silly hats he wore.

“Nobody was like Otha,” said Thomas Moore, one of the trustees. “He was one of a kind. He was well known in Suffolk and loved everybody he met.”

Rountree was declining in health and needed to go to a nursing home. Since he didn’t have much money coming in, a trust fund was set up to help pay for the expenses after raising money through Facebook. After moving into the nursing home, Rountree passed away, leaving behind money that was never used.

To honor him, the Trustees of the Otha S. Rountree Revocable Living Trust decided to fulfill one of his last wishes by setting up an educational fund for nursing students to honor his time spent volunteering at the hospital.

According to the Suffolk Foundation, to qualify for the scholarship, students must:

Applications will open on Feb. 1 and are due at midnight on March 31. For more information about this scholarship or to apply, or to learn about the many other scholarships offered through the Suffolk Foundation, visit suffolkfoundation.org/scholarships.