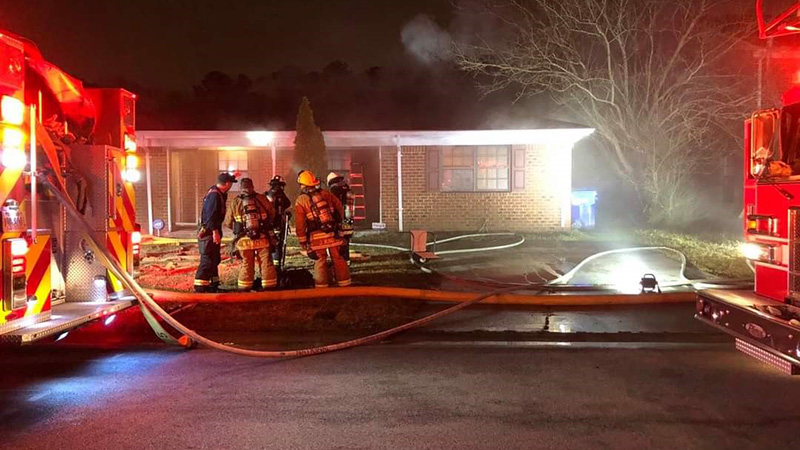 One person was displaced in a fire on Green Ash Court early Wednesday. (City of Suffolk Photo)

Emergency Communications was contacted at 12:20 a.m., and the first units were on scene in the Wynnewood neighborhood at 12:29 a.m., according to a city press release. A Suffolk Police unit in the area had also responded to the scene and assisted in getting the occupants safely evacuated.

Battalion Chief Charles Jolly advised that upon arrival, smoke was showing from the roof of the single-story duplex residence. The fire was confined to the kitchen and was ruled accidental. There was no working smoke detector in the residence.

One adult female was displaced and was assisted by family. The occupants of the adjoining duplex were alerted by a working smoke detector and had no fire damage.

The fire was called under control at 12:54 a.m.  There were no injuries.