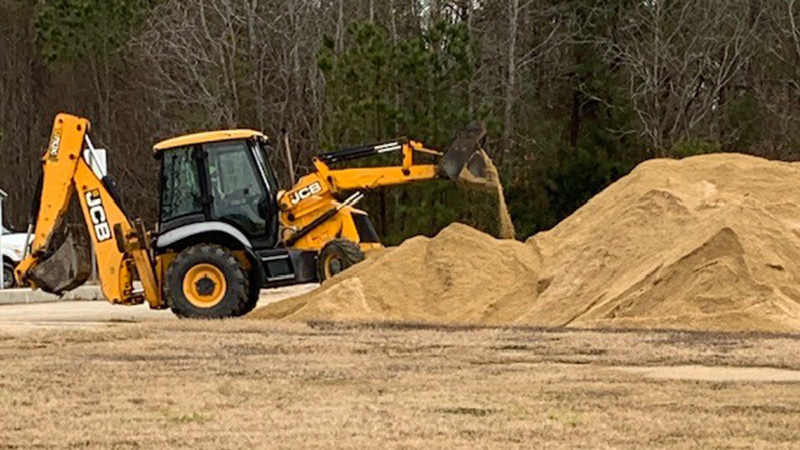 A city worker manages a pile of sand in preparation for snow. (City of Suffolk Photo)

Two inches or less of snow is likely to fall on Suffolk overnight on Wednesday night into Thursday morning.

The city is under a winter weather advisory, according to the National Weather Service. The advisory remains in effect from midnight to 9 a.m. Thursday.

Wakefield meteorologist Ryan Rogers said snow totals in Suffolk would likely be “a little bit more than a dusting, but kind of in the half-inch range,” but it will vary throughout the city. The advisory warns of snow accumulations up to 2 inches, but places north of Route 58 will likely see less snow, while locales south of that, including into northeastern North Carolina, will see more.

In anticipation of potential inclement weather, the Public Works Department began loading and brining operations at noon today. The city will be conducting these operations to give some coverage to bridges and elevated roadway surfaces. There will not be extensive use of brine for this event due to a period of rain preceding any potential snow. The city has 24 pieces of equipment, including snowplows and spreaders, ready for service and is fully stocked with sand and salt, according to a press release.

To report roadway issues, citizens can contact Public Works at 514-7600.