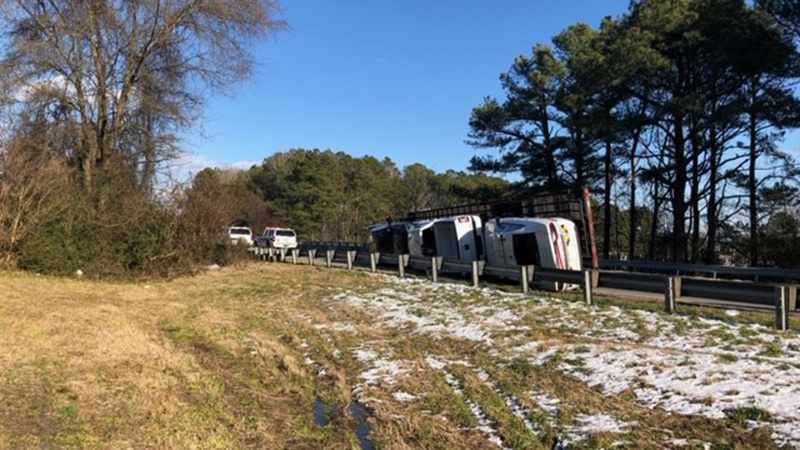 An overturned car hauler with three vehicles on it is causing backups. (City of Suffolk Photo)

UPDATE: Suffolk Police say the crash is cleared and all lanes are open as of 5:15 p.m.

Earlier: The Suffolk Police Department and Suffolk Fire & Rescue crews are currently on the scene of a single-vehicle accident involving an overturned car hauler at Route 58 eastbound at the Pruden Boulevard/Route 460 exit.

The accident was reported at 3:08 p.m. It involved a car hauler loaded with two new pick-up trucks and a sedan that overturned, according to a city press release. No other vehicles were involved, and there were no injuries.

The on-ramp to Route 58 east from Route 460 east is currently closed, and one lane of travel on Route 58 eastbound is open.

Motorists can expect incremental delays and road closures in the affected areas over the next several hours as tow trucks respond and work to upright the vehicles and remove them from the roadway.

The cause of the accident is under investigation.