Nothing Dismal about the Great Dismal Swamp 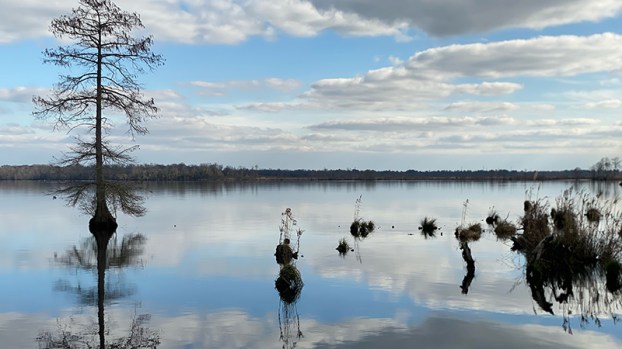 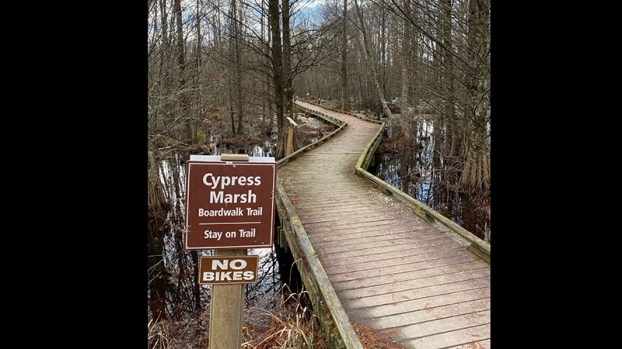 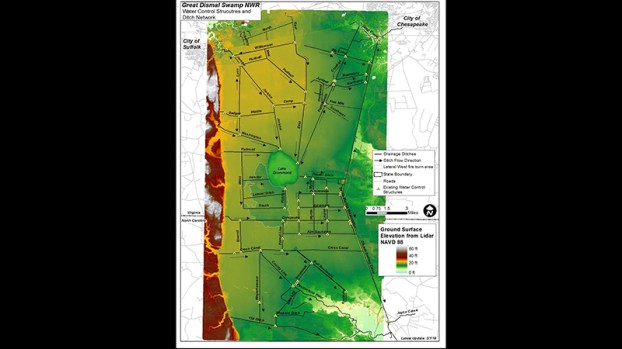 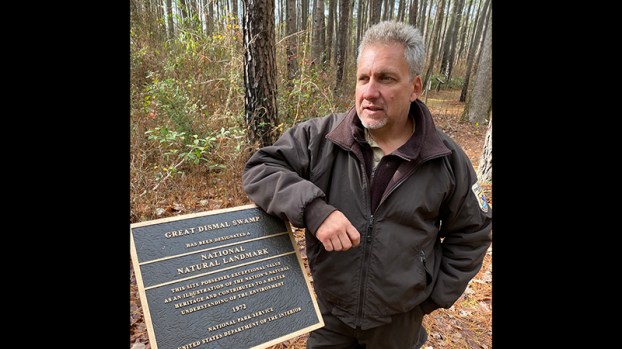 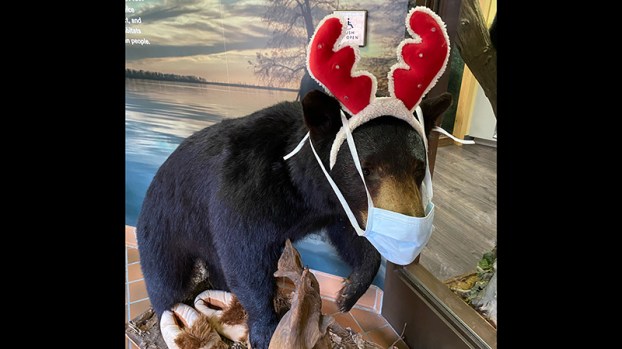 Almost a year of cautionary social distancing, working from home and learning virtually rather than in classrooms has left adults — and children — restless and ready to escape their familiar four walls. The usual places to catch a break, enjoy a meal, watch a ballgame or see a movie have dwindled or disappeared. Where to go for a change of scenery in a safe environment and, maybe, learn something new?

Refuge Manager Chris Lowie said that the refuge also offers adventure — something for everyone.

“You never know what you will see,” he said of the wildlife and 200 species of birds that can be seen in the swamp. “We are kid-friendly, with wooden boardwalks on a mile and a half of trails, with bathroom facilities convenient to most trails.”

White-tail deer, river otters, turtles, snakes, beaver, squirrels, mink, bobcats, red foxes, and black bears live in the swamp. The stars of the summer season, however, may be the butterflies — as many as 65 different species fluttering through the swampland.

For those seeking a bit of peaceful rejuvenation, the refuge has about 50 miles of trails for hiking, biking and enjoying nature’s quiet beauty.

“It feels like you are in the middle of nowhere, even though there are 1 ½ million people within an hour or so of the refuge,” Lowie said. “There are no jets flying over, just a few small planes. You can come out here where it’s peaceful and serene and discover yourself.”

Lowie experiences that feeling, he said, just stepping out of his headquarters office and letting the refuge take hold.

The refuge headquarters at 3100 Desert Road in Suffolk is a good place to start your visit. Displays of information about the swamp and its ecological value as well as mounts of animals native to the swamp offer an excellent introduction to your Dismal Swamp adventure.

If the name Dismal Swamp conjures up unappealing visions of a dank, desolate marsh, knowing the origin of the name might brighten that image. The word “dismal” was a common European term for any boggy area or swamp. Accordingly, early settlers applied the name to the dense swamp once covering close to a million acres stretching along what is now the Virginia/North Carolina border.

In 1728, a Virginian, Col. William Byrd II, led a crew of surveyors on a mission to delineate the then disputed border between North Carolina and Virginia. Plagued by biting insects, ticks and chiggers as his crew slogged through the marsh and peat bogs, Byrd described the swamp as deserving of the name “dismal” and as “…a horrible desert, the foul damps ascend without ceasing, corrupt the Air, and render it unfit for Respiration.”

George Washington, however, had a different impression when he visited the swamp 35 years later, calling it a “glorious paradise,” boasting of its abundant wild game and envisioning vast agricultural potential.

While large-scale agricultural projects never materialized as he foresaw, the swamp did support successful lumbering and shingle-making ventures. Over the years, the swamp also sheltered indigenous Indians pushed from their native land by encroaching European settlement. Countless individuals fleeing slavery also found secure refuge in the swamp on their own or via the Underground Railroad. Those who needed to escape found ways to survive — and thrive — in small, hidden communities scattered on the higher lands of the swamp.

The Dismal Swamp Canal built over decades in the early 1800s, mostly by slave labor, supported the timber businesses and attracted roadhouses and hotels to the swamp and to Lake Drummond. At 3,100 acres, the lake is the largest natural lake in Virginia, but was named for 1660s North Carolina Gov. William Drummond who, according to local lore, discovered the lake while getting lost on a hunting trip.

The most famous — or infamous — of the hotels was the Lake Drummond Hotel, nicknamed the Halfway House because it straddled the state border. The unique location drew romantic rendezvous and sketchy characters who could evade the law by simply stepping across the border. There were also rumors, never proven, that Edgar Allan Poe wrote his famous “The Raven” while a guest there.

Today, Lake Drummond is a centerpiece of the refuge that includes nearly 113,000 acres of wildlife habitats and unspoiled forested wetlands with stands of pine, maple, cypress and tupelo trees. The Refuge’s Lake Drummond Wildlife Drive enables visitors to explore some of that scenery from the comfort of their vehicle.

Six miles of smooth gravel road makes the drive to the lake a pleasure with plenty to see along the way. You might glimpse a turtle or snake crossing the road or birds of prey perching in the tall trees. What you will not see are power lines or cell towers, making it easy to forget how close you are to city life.

Along the way, the road passes two entrances to short boardwalk trails offering a closer look at the scenery.

As you approach the lake, three miles in diameter but averaging only six feet in depth, the surface gleams like a distant mirror. From the pier and boat ramp at the end of the road you can watch the shifting patterns of gray, blue and rose along the surface of the brownish water.  Catfish, perch, bowfin and crappie thrive in the lake’s surprisingly pure water. In the winter you might see flocks of migrating tundra swans and snow geese. In the summer, you are more likely to see blue herons, egrets and an occasional bald eagle.

The Great Dismal Swamp National Wildlife Refuge also offers boating and fishing opportunities with proper licenses. Automobile access to the wildlife drives requires a $5 permit available at the refuge office as well as at the entrances to the drives.

For more information on planning your visit or current COVID-related restrictions, check the refuge website www.fws.gov/refuge/great_dismal_swamp or call the refuge headquarters.