Suffrage for you and me — and having tea 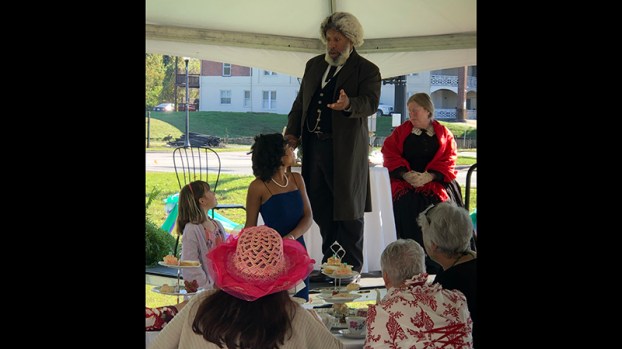 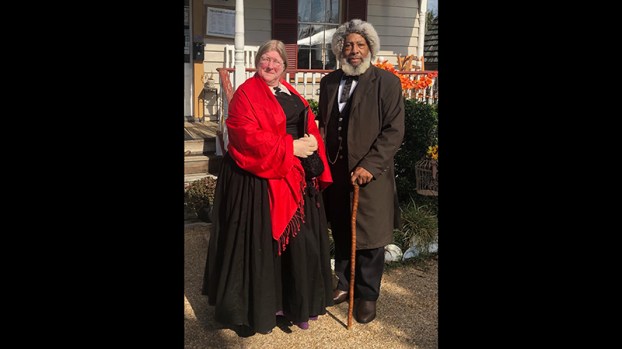 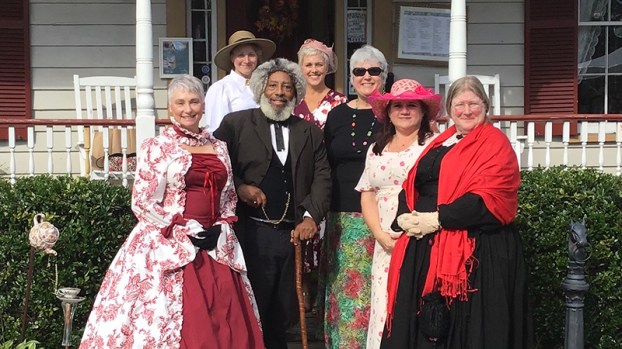 It’s a scenario that played out many times in Rochester, N.Y., in the mid-1800s while the two activists lived there. It’s immortalized in a statue in Rochester, too.

And in Suffolk, Virginia, in November, the scene came to life again as Suffolk native Nathan Richardson and Williamsburg resident Lee Ann Rose portrayed Douglass and Anthony, respectively, having tea.

The event took place Nov. 14 at the Stillwater Tea House on Prentis Street. Richardson said he got the idea for the program in talking with the tea room’s new owner, Amy Ford.

Douglass and Anthony became acquainted in Rochester when Douglass set up his newspaper, The North Star, across the street from a business owned by Anthony’s father and brother, said Richardson, who has portrayed Douglass for the better part of a decade.

The two worked for abolition and universal suffrage, but the 15th Amendment to the U.S. Constitution — which granted the right to vote to Black men but not to any women — caused a rift, Richardson said. However, they reconciled shortly before Douglass’ death in 1895; the 19th Amendment later brought women the right to vote in 1920.

The November tea was the first time Rose had portrayed Susan B. Anthony, although she has considerable experience portraying other historical women like Victoria Woodhull, the first woman to run for U.S. president (Douglass was her running mate), as well as Martha Washington.

“People are amazed that these two people had a relationship, and they had a relationship that was, at times … they did not see eye to eye,” Rose said. “Susan B. Anthony was very upset when Black men got the vote before women and said what we would see today as racist comments — but they got past that.”

Rose and Richardson said the two can be an example to today’s Americans.

“In this day and age when we’re having a hard time talking to one another, people enjoyed this program to see these two people talk past their differences,” Rose said.

“You don’t necessarily have to agree with a person — if you have one common cause, you can still have disagreements on other plateaus and try to work together for good,” Richardson said. “If you let those differences be exploited by your opposition, you can lose a lot of ground.”

“It was very well attended,” Richardson said. “Everybody enjoyed the light fare they had.”