Exhibit of Excellence is now open 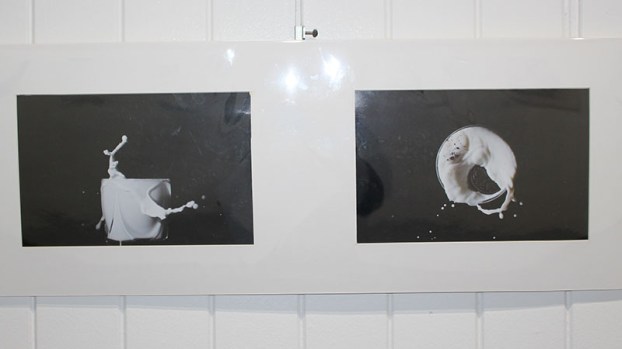 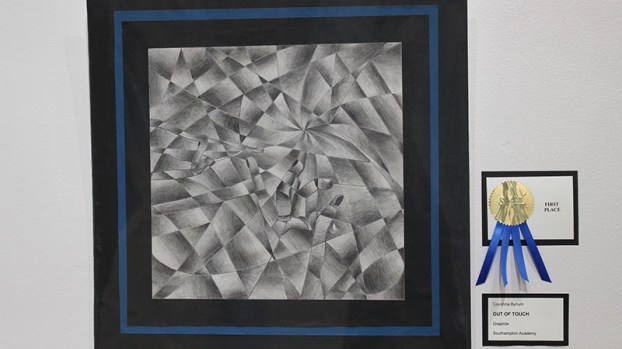 Covonna Bynum from Southampton Academy won first place with a graphite drawing, “Out of Touch.” 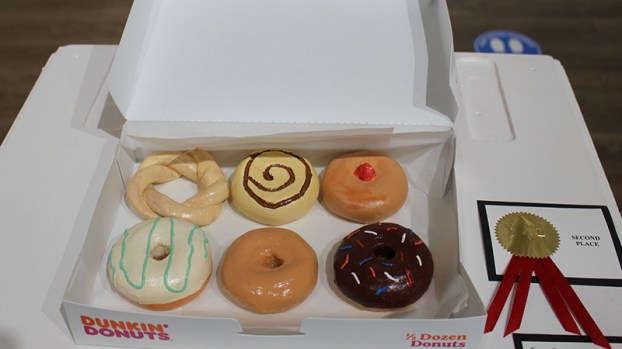 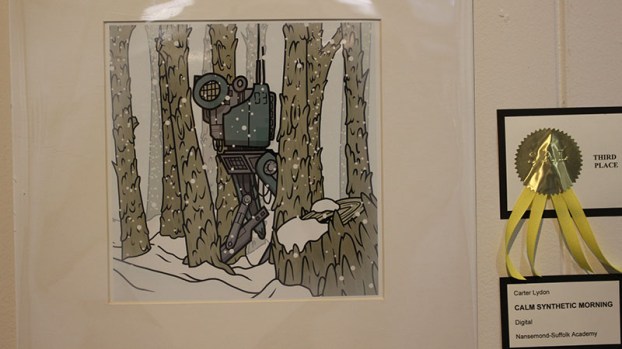 The Exhibit of Excellence: Suffolk Student Art 2021 is available for viewing through Feb. 26 at the Suffolk Art Gallery, 118 Bosley Ave.

This juried exhibit is presented by the Suffolk Art League, with the Suffolk Fine Arts Commission, showcases artwork by students in 10th through 12th grades who live or attend school in Suffolk.

James Warwick Jones, an artist and educator, selected 84 artworks for the exhibit and 17 of those to receive awards. While judging, he looked for impact, composition, content, style, craftsmanship or command of medium, style and presentation.

“It is always a pleasure to jury art exhibitions and have the opportunity to see the artwork of new artists,” said Jones. “I was impressed with the quality and range of media and style of the artworks submitted, especially during this challenging time of virtual learning and access to materials.”

Best in Show went to Rory Rockwood from Nansemond-Suffolk Academy for his digital photograph named “Splish Splash” of an Oreo falling into a mug of milk.

“The two images are a side and bird’s eye views or sequences of a white liquid splashing out of a white coffee mug, against a black background,” said Jones. “The camera stops the movement of the splash. I liked the simplicity, sharp focus and the concept of this piece.”

First place was awarded to Covonna Bynum from Southampton Academy with a graphite drawing, “Out of Touch.”

“Reminiscent of the cubist painters like Picasso and Braque around 1912,” said Jones. “The suggestion of an outstretched hand at the bottom center suggests out of touch during the pandemic and connecting through the computer screen.”

“A real trompe l’oeil piece which does fool our eye and question whether they’re real donuts or art,” said Jones. “This might be considered Pop Art.”

“Along with the falling snow, this creates a silent, peaceful mood, in stark contrast to what we interpret as an artillery piece, which would suggest violence, but standing on its end so that it is also peaceful,” said Jones. “This piece is a pleasure for the eyes and also thought-provoking.”

Due to COVID-19, there was no in-person reception or awards for this exhibit. However, the announcement can be watched at suffolkartleague.com or the Suffolk Art League’s Facebook page.