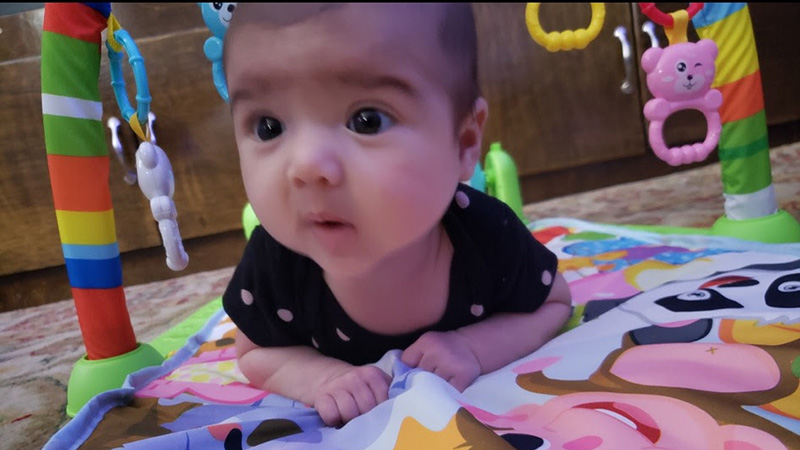 UPDATE: The AMBER Alert has been canceled. The child has been safely located.

The Chesapeake Police Department said the child was located abandoned in Norfolk. She appeared to be unharmed but has been taken to a local hospital for precautionary measures.

Earlier: The Virginia State Police and the Virginia Missing Children Clearinghouse have issued an AMBER Alert on behalf of the Chesapeake Police Department.

The child is believed to be in extreme danger and was last seen at 3408 Western Branch Blvd., Chesapeake, according to the AMBER Alert.

Abducted is Vanessa Varrios-Dasilva, a white female, with brown hair and brown eyes. She is 3 months old, 2 feet 1 inch tall, and weighs 13 pounds. She was last seen wearing a pink and white Minnie Mouse jumpsuit.

The child is believed to have been abducted by a black male, wearing a gray hoodie, black pants and white shoes, the AMBER Alert stated. He was last seen driving a 2017 gray Hyundai Tucson, with Virginia tag VXX-1085.

The Chesapeake Police Department stated in a press release that officers were called to the 3400 block of Western Branch Boulevard in reference to a stolen vehicle that had the child inside at the time of the theft.

On the rear of the vehicle is a “BABY ON BOARD” sticker and a “TEXAS EDITION” emblem with the Texas star. On the rear-view mirror is a pink flamingo.