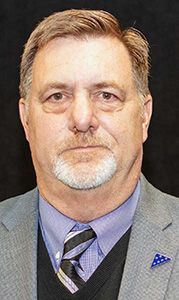 Suffolk did not have to look far to find its next city assessor.

By a 7-0 vote, City Council appointed Holt W. “Billy” Butt as its next assessor, effective Feb. 16. Maria Skinner had been serving as the interim assessor following the resignation of longtime assessor Jean Jackson.

“I look forward to being here on the 16th and getting started,” Holt said. “I am truly humbled as I stand here tonight with the trust and faith that you’ve placed in me, and I won’t let you down.”

Holt has served as Portsmouth’s city assessor since 2017, having worked in that office since 2010, first as a commercial appraiser, and then in 2012 as assistant city assessor.

Holt, who will be relocating to Suffolk, is a Portsmouth native and a graduate of Old Dominion University, beginning his career appraising in his family’s real estate appraisal firm that grew from being a local business to becoming a lead field review company for HUD across the state.

He also served as the administrator of the Portsmouth Commonwealth’s Attorney’s office for two terms under the leadership of Earle C. Mobley.

Holt is a designated member of the International Association of Assessing Officers, and as Portsmouth assistant city assessor, was instrumental in that city achieving the Certificate of Excellence in Assessment Administration.

Since becoming assessor in Portsmouth, his office secured its second term as a CEAA designee from IAAO. He serves on the executive board of the Virginia Association of Assessing Officers.

“I’m looking forward to a long relationship,” said Mayor Mike Duman, “and what you’re going to be able to do for our assessor’s office.”