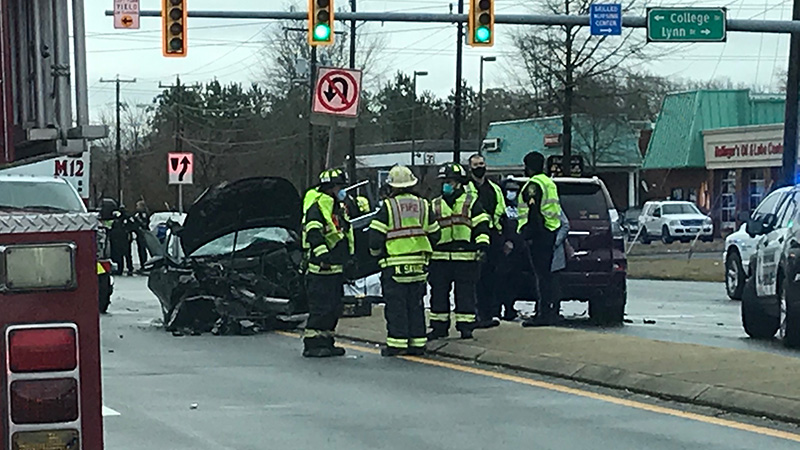 Suffolk Police and Suffolk Fire & Rescue responded to a three-vehicle accident that happened Sunday afternoon in the 4800 block of northbound Bridge Road at the intersection with College Drive.

The crash occurred at 2:35 p.m., according to a city press release.

The roadway at this location was closed due to the accident and reopened around 3:40 p.m. The accident remains under investigation.