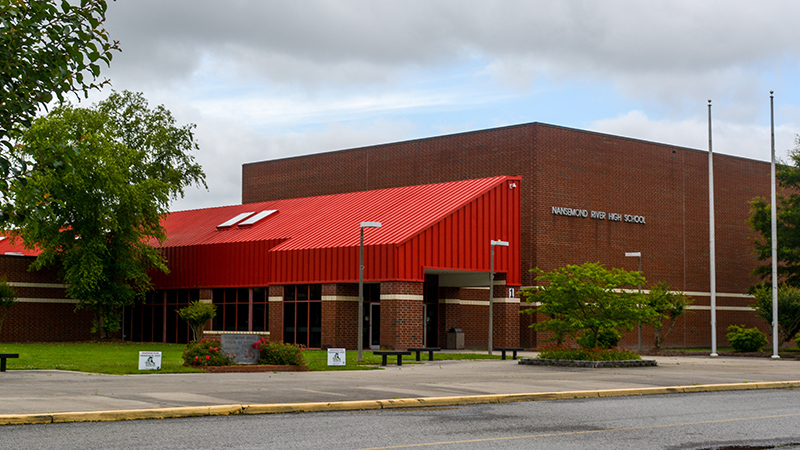 The results from the facility master plan for Suffolk Public Schools were not so much a surprise as they were a sizable reality check for the School Board and City Council to find the millions of dollars to pay for the options to repair or replace decaying, and in some cases, add onto, overcrowded schools.

And while the city’s high schools rated in better condition, they’ll still have to deal with overcrowding at Nansemond River and underuse at Lakeland.

Superintendent Dr. John B. Gordon III said he understands the costs and the need to preserve the city’s AAA bond rating, but outlined the case to move forward to address the need for upgrades. He said he appreciated the range of options to consider, and identify areas of growth within the city, and within the schools specifically.

“We all know that in almost every locality, that schools are a major reason why people move to an area — schools, new businesses, things of that nature,” Gordon said. “So if we are serious about making sure that we have the premier school division not only in the Commonwealth of Virginia but also the country, us being able to follow along with the needs of this plan is going to be critical moving forward.”

The costs range from $97.5 million to $110 million — in 2020 dollars — to either rebuild three middle schools or rebuild one and consolidate two of them into a new school.

“One of the things that we would like to consider is for the council to have a range of money that would be allocated to the school division every year,” Gordon said. “It’s a lot easier when we are budgeting our checkbooks if we know this bill is coming out every year.

“But at the same time, we also want to be fair to the city because we know about the $30 million threshold, we know about the AAA bond rating, so we are prepared to be able to compromise and work with the city for a plan that is beneficial and efficient for the city side but at the same time allow us to address building new schools so we can eliminate these maintenance costs.”

“We want to be able to state it publicly that it is the goal of the school division to replace schools instead of to renovate, as we will get more bang for our buck and be more efficient with taxpayer dollars,” said Gordon, noting the need to replace several schools “in definite need.”

Interim City Manager Al Moor said the plan would give the city and school division guidance on what is needed while keeping in mind the fiscal realities of the city.

“I think it helps guide us to discuss the future capital needs of the schools and the city,” Moor said. “Of course, we do (have to) remain within our financial policies as we develop the capital plan and the capital budget, which is the first year of the plan.”

Duane Harver, president and CEO of RRMM Architects who helped develop the plan with Cooperative Strategies, said the school division identified early in the facility plan’s development that it wanted to focus on all-in-one classrooms to be reconfigured easily to allow for different methods of teaching, learning and collaborating, with furnishings allowing to quickly modify classrooms.

The division, during those discussions, prioritized a specialty center focused on the production side of the visual and performing arts, incorporating branding into the design of a facility and not added afterward, and that John F. Kennedy, along with Kilby Shores, Elephant’s Fork and Nansemond Parkway elementary schools, should be the top schools looked at for major renovation or replacement.

RRMM found those four schools, along with Forest Glen and John Yeates middle schools, to be in the poorest condition. Harver said Nansemond Parkway’s overall condition was borderline poor, with its main problem being its roof.

Harver identified more than $90 million in deferred maintenance costs that would need to be done in the next three years — nearly half of that at the six schools targeted for possible replacement — and more than $220 million overall in the next 10 years.

Depending on the timeline for any new construction, Harver said there could be some savings on the deferred maintenance costs.

David Sturtz, a partner with Cooperative Strategies, who helped assemble the demographic aspects of the plan, said it looked at five- and 10-year enrollment projections by school and grade, looking at the past 10 years of enrollment by grade and year, and cross-matching that with live birth counts, building permits and census data to get its projections. He said the best projections are done every year to five years, though he termed the 10-year projections as solid.

“The intent here, just to set this up, is to provide you a data-driven, vision-informed set of options that are practical and implementable,” Sturtz said. “It’s not a wish list. It’s a plan.”

Sturtz cautioned that the high school rezoning would be problematic due to the locations of the current schools and neighborhoods.

Most members of the board and council said they needed to review the plan more closely before offering their thoughts.

“You’ve given us a lot of good options to investigate,” said Board Vice Chairwoman Phyllis Byrum.

Mayor Mike Duman, while noting the limited resources to build new schools, liked the option of adding extra capacity to Nansemond River for about $15 million. He said he liked the idea of having a long-term strategic plan “to accomplish as much as we can, as soon as we can, with the resources that we have available.” He called for people to focus on the data and determine how the city and school division can get the most done for the least cost as soon as possible.

Councilman Roger Fawcett said if new schools are to be built, that he would prefer to combine schools.

“That way, we might get more bang for our buck to get more out of school buildings,” Fawcett said, “because if we go out here and build three or four schools, it’s going to be an exorbitant amount of money. So I think if we think about it and get those schools closer, even if we’re on the border or on the line, rather than redistricting the school, I think we could get more of the students from each side of that to comprehend and get a premier school instead of having to build an Elephant’s Fork, and so on and so forth.”

Councilman Tim Johnson said he agreed with Gordon about the need to build the best schools in the region and said he believes the money “can come forward.” Duman said the school division “must achieve, and be perceived as one of the better school systems in the Hampton Roads area.”

Vice Mayor Leroy Bennett said there needs to be a cost analysis of building new versus the cost of continued maintenance, but also said building new schools have to be prioritized.

School Board Chairwoman Dr. Judith Brooks-Buck said the board has established some priorities on projects that need to happen in the near future with capital projects it has presented to the city.

“We have, and are committed, to working with the city because we have to,” Brooks-Buck said, “We’re partners. We’ve worked together now for several years. … We’ve built three beautiful new schools, since I’ve been on the board, in the last eight years.”

Board members Tyron Riddick and Karen Jenkins called for any recommendation to include rebuilding John F. Kennedy on its current site.

Sturtz and Harver said they would need that feedback before presenting draft recommendations. Sturtz said for those calling to rebuild a school, all options allow for rebuilding it on the current site, though one of the middle school options — consolidating Forest Glen and John F. Kennedy middle schools into one school — could be built on a new site. If the board decides to build a new high school, that would also have to be built on a new site.

To review the Facilities Master Plan for Suffolk Public Schools, go to http://bit.ly/SPSfacilityplan.

Note: Elephant’s Fork, Kilby Shores and Nansemond Parkway each 41 years old and in poor condition. In Option A.1, a rebuilt Kilby Shores at 1,000 student capacity could accommodate majority of Elephant’s Fork students and some projected growth at Pioneer (now Southwestern), while some Elephant’s Fork students would be rezoned to Hillpoint and Oakland. In Option A.2, a new Nansemond Parkway would address condition needs and provide for more modern learning opportunities, while alleviating projected over-usage at Florence Bowser. Options A.1, A.2 and A.3 adds combined 504 elementary seats and reduces 2024 projected elementary school usage from 95% to 89%. Option A.1, A.2 and A.4 would add combined 704 elementary seats and reduce 2024 projected elementary usage from 95% to 87%.

Option B.1: Rebuild Elephant’s Fork at 750 student capacity. Replace Kilby Shores and Nansemond Parkway at 600 student capacity for each. Cost: $86,696,494 (includes demo of all three schools).

Option A: Rezone between high schools to balance utilization, with Nansemond River at 107% capacity and Lakeland at 70% capacity. Cost: $0

Option B: 400 seat addition (including a new auxiliary gym and cafeteria expansion) to Nansemond River to reduce over-utilization. Cost: $14,970,000. Study noted projected 120% capacity at Nansemond River based on 2024-2025 projected enrollment and adding onto the school would reduce it to 95%, with no rezoning proposed.