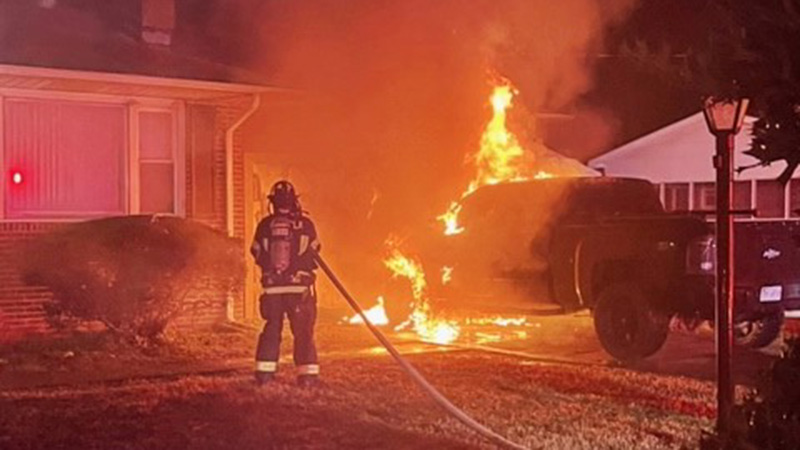 Firefighters extinguished a vehicle fire that extended into a Nansemond Parkway residence on Friday night. (City of Suffolk Photo)

Three people were displaced from their home in a fire late Friday.

The firefighters found heavy flames and smoke showing from a pickup truck parked in the driveway immediately in front of the single-story brick residence, with fire extending into the residence. The occupants had already evacuated, the press release stated.

There were no injuries, and the fire was called under control at 11:25 p.m. The family of three was displaced and is being assisted by friends.