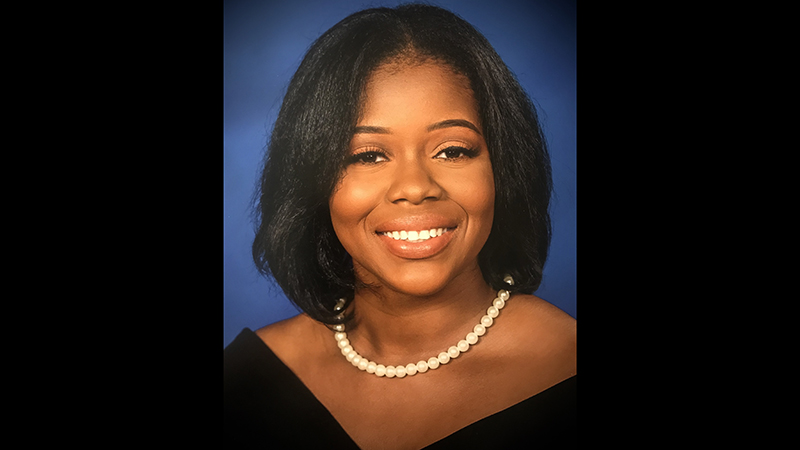 Tolliver, now a student at the University of Virginia, will get the chance to read her poem, “Is a Slave a Slave Because He is Enslaved or Because He is a Slave?” as part of the program, “The Joy in Our Voices,” at 7 p.m. Feb. 21. The performance will be streamed live on Facebook and YouTube.

Tolliver, 19, read her poem before more than 1,000 people at Chrysler Hall Dec. 19, 2019, during the student workshop part of EduHam — The Gilder Lehrman Institute of American History program that allowed students the chance to see the show at a reduced cost.

After Gorman presented “The Hill We Climb” at President Joe Biden’s inauguration last month, Tolliver said Lakeland guidance counselor Sheila Williams told her that when she watched the inauguration, she saw Tolliver in Gorman, who has cited her own “Hamilton” influence in her inaugural poem.

“I feel like rap is basically poetry to a beat, and in that sense that poetry is a way to make ideas pop,” Tolliver said in an interview earlier this month, “because you’re not just stating them in simple prose. You’re singing a song with no music, and just like music, just like Hamilton and just like her poem, it speaks better and you’re able to get your message across.”

Tolliver wrote her poem about former President Thomas Jefferson and his book, “Notes on the State of Virginia,” in which she noted Jefferson’s writings about the nature of slavery.

“I took his voice and translated it in a way that I thought would just prove how crazy racism is,” Tolliver said.

Watch Shaleah Tolliver as part of the program “The Joy in Our Voices at 7 p.m. Feb. 21. It will be streamed on YouTube at http://bit.ly/thejoyinourvoices or on Facebook at https://www.facebook.com/HamiltonMusical.