Bridge over Blackwater River to be replaced 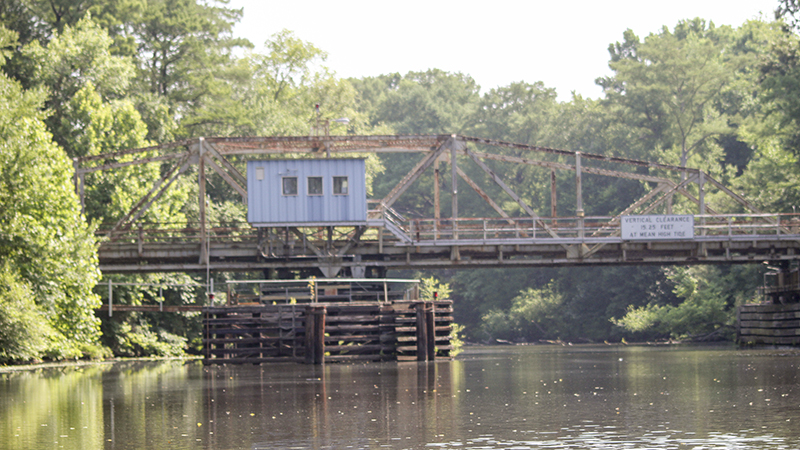 An $18.6 million project to replace the bridge over the Blackwater River on South Quay Road near the Southampton County-Suffolk line is scheduled to begin around March 1 and is expected to be completed by summer 2023.

An $18.6 million project to replace the bridge over the Blackwater River on South Quay Road near the Southampton County-Suffolk line is set to begin as soon as next week.

South Quay Road will be closed in both directions between U.S. Route 58, also known as the Southampton Parkway, and Pretlow Road beginning around March 1, once the project begins.

The existing swing span bridge, which is structurally deficient and functionally obsolete, according to the Virginia Department of Transportation, will be replaced with a fixed-span structure that will have a 35-foot vertical clearance, and the road will have two, 11-foot lanes and 6-foot shoulders. Because the new bridge will have a higher elevation, VDOT said improvement to the 1,006 feet of road approaching the bridge will also be done.

The bridge currently has a load posting of 22 tons and has a vertical clearance of 15 feet.

Bryant Structures, Inc. of Toano will perform the work on the project, which is expected to be completed by summer 2023.

A design public hearing for the project was held Jan. 18, 2017, at the Southampton County Office Center and it was scheduled for advertisement in August 2020.

VDOT rated the bridge as structurally deficient as far back as 2007. A 2016 story in the Suffolk News-Herald noted that the bridge had not been opened in more than 15 years because of the lack of large-vessel traffic.

The signed detours will be as follows: