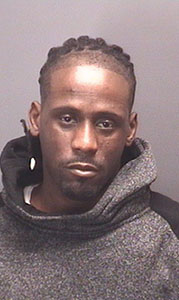 Suffolk Police have arrested a man following a child abuse investigation that began more than a year ago, according to a city press release.

The investigation started on Nov. 22, 2019, after a now 12-year-old female was observed by school personnel with obvious physical injuries, the press release stated.

Following preliminary investigation, Edell Alexsander Young, 30, of Chesapeake, was arrested on March 1 on multiple charges including abduction and kidnapping (2 counts) due to the methods used to physically restrain the child; aggravated malicious wounding; abuse and neglect of children (3 counts); and cruelty and injuries to Children (3 counts). Child Protective Services staff assisted in the investigation.

Young is currently in the custody of the Western Tidewater Regional Jail.