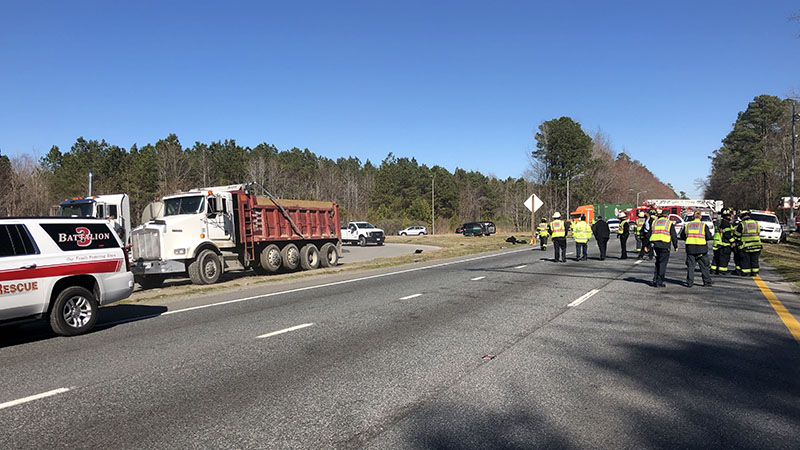 Three people were injured in a four-vehicle crash on Route 58 westbound on Wednesday afternoon. (City of Suffolk photo)

Suffolk Police and Suffolk Fire & Rescue responded to a four-vehicle accident that occurred on Route 58 westbound near the landfill on Wednesday afternoon.

Emergency Communications was contacted at 2:02 p.m. advising of the accident involving three passenger vehicles and a dump truck, according to a city press release.

Traffic was initially diverted onto the landfill off-ramp in order to keep traffic flowing. Two lanes reopened after several of the vehicles were removed, and all lanes reopened at 3:10 p.m.

The investigation into the cause of the accident is ongoing at this time.