No injuries reported after crash 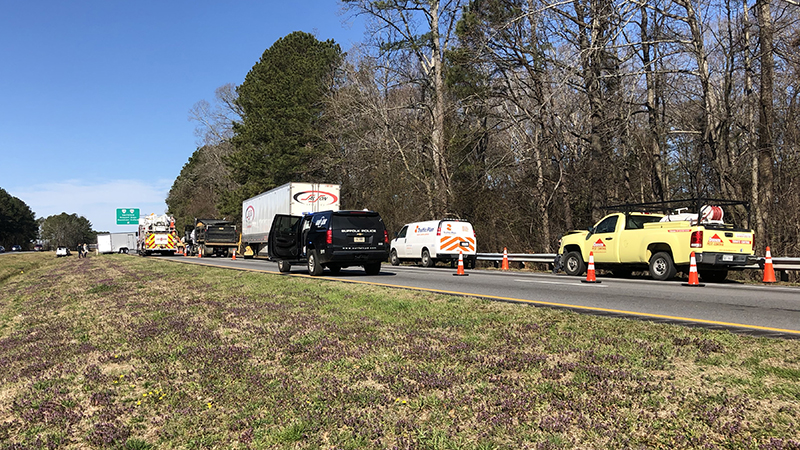 No injuries were reported as a result of a six-vehicle accident Thursday morning.

The crash was reported at 9:01 a.m. and occurred on Route 58 westbound at Godwin Boulevard, according to a city press release. It involved two tractor-trailers, a dump truck, a pick-up truck hauling a trailer, a mid-size SUV, and a work truck.

All westbound lanes in the affected area were shut down immediately following the accident, with one lane reopening to allow traffic flow after several of the vehicles were removed from the roadway.  All lanes reopened at 11:06 a.m., the press release stated.

The investigation into the cause of the accident is ongoing at this time.