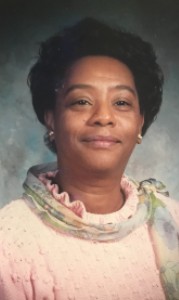 She retired as a teacher from Suffolk Public Schools in 2001; however, she continued to teach as an adjunct professor at Paul D. Camp Community College, Suffolk Campus. Prior to returning to Suffolk in 1977, Barbara worked in Richmond, Washington D.C. and Kentucky.

On Sundays, Barbara could be found attending service at Metropolitan Baptist Church. At an early age, she became a member of Gates of Heaven Church of God In Christ. Until her death, she continued to support her home church.

Barbara was also a member of her beloved Suffolk Alumnae Chapter of Delta Sigma Theta Sorority. She was initiated in 1962. Barbara is survived by her God-sister, Janice White (Albert) and her family. Barbara was loved and will be remembered fondly by many. She had a gift for making others feel loved and special.

A graveside service will be held at 12:30 p.m. Saturday, March 13, at Carver Memorial Cemetery.