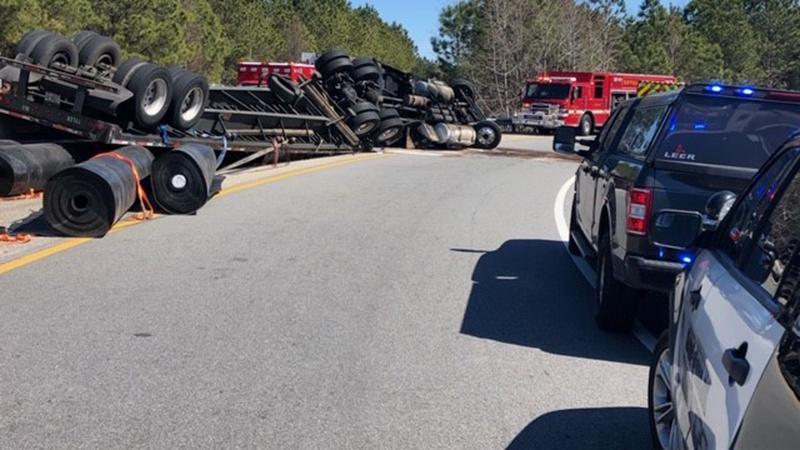 An overturned tractor-trailer has blocked ramps to and from Route 58's Southwest Bypass. (City of Suffolk Photo)

Emergency Communications was contacted at approximately 11:50 a.m. advising of the accident involving a fully-loaded tractor trailer, now on its roof, that lost its load of huge rolls of rubberized, non-hazardous materials. Several rolls struck and damaged an SUV, as well as a passenger vehicle.

Suffolk Fire & Rescue crews provided emergency medical assessment and treatment to individuals in one of the involved vehicles, including two adults and one child, who sustained minor injuries. The truck driver is currently being evaluated for any possible injuries.

The affected portion of the roadway is expected to remain closed for several hours as the debris is removed from the roadway and the truck is turned upright, in addition to the removal of the two additional involved vehicles. Route 58 east and west are both open at this time without obstruction.