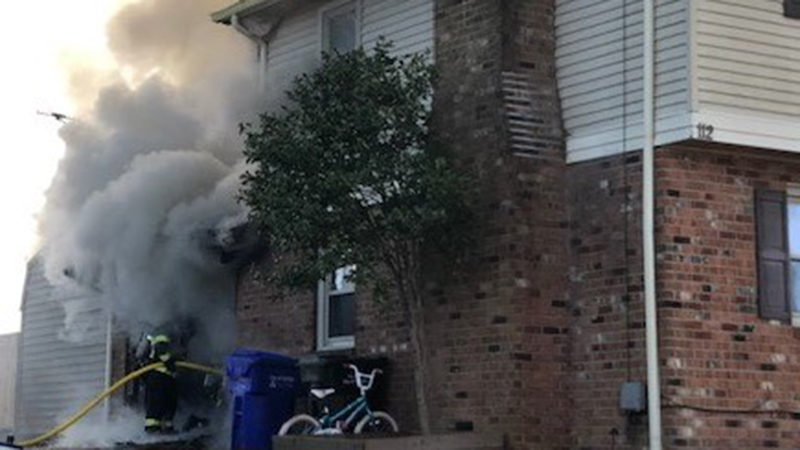 A family of three has been displaced in a house fire that happened Monday morning.

The fire was reported at 9:10 a.m. in the 100 block of Deborah Drive in the Oak Ridge neighborhood. The first units arrived on scene at 9:17 a.m.

Heavy smoke was showing when firefighters arrived, and there was heavy fire damage to the garage and home.

The occupants had evacuated prior to the arrival of firefighters, who were able to rescue one dog and one cat from the residence. However, two cats and one dog remain unaccounted for.

The family is being assisted by the American Red Cross, and Suffolk Animal Care responded to provide assistance to the animals.

The fire was called under control at 9:44 a.m. There were no injuries to people.

The Fire Marshal’s Office will be investigating to determine the cause of the fire.