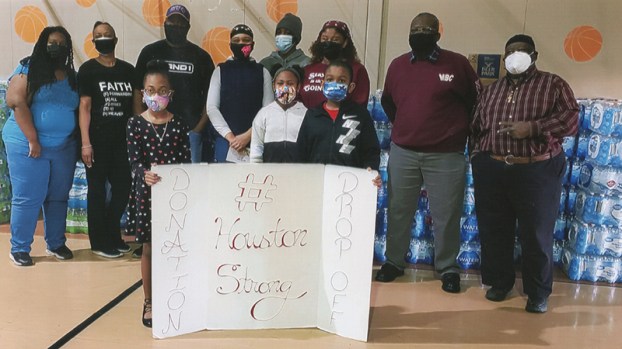 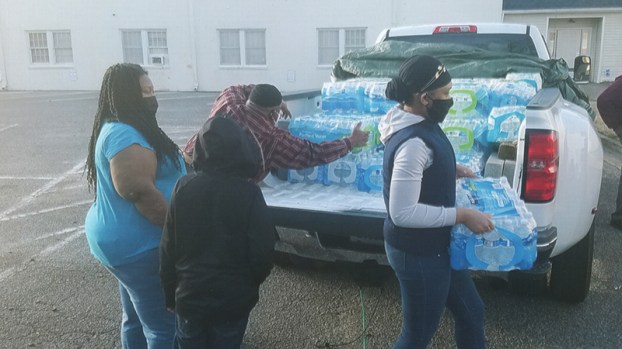 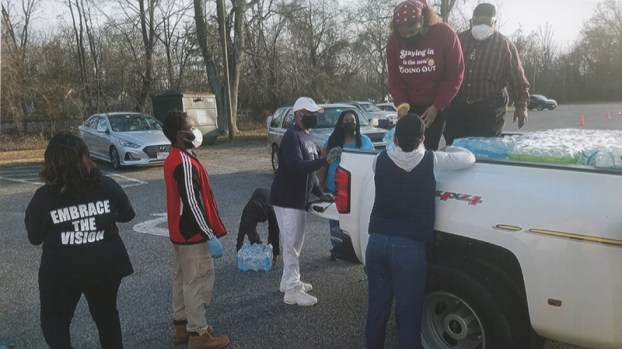 The Youth Developers Ministry at Metropolitan Baptist Church took an opportunity not only to hear about what is going on in the world but also to do their part to help.

During Saturday Bible studies, the youth at Metropolitan Baptist Church discuss what is going on in the world.

“They are now understanding things like racism, discrimination, protests, the impact of COVID-19 on students and schools, the impact of the weather in other parts of the country as well as topics like the Holy Spirit, temptations, how to pray and types of prayers, the fruits of the Spirit and missions,” said Donald Everett, the youth pastor of education at Metropolitan Baptist Church. “That’s when the youth brought up what was going on in Texas and how people were hurting. It led to an in-depth discussion on missions and what it means to be mission-minded.”

The only problem was that they did not know how they could help. Everett talked to a pastor friend who was going to deliver cases of bottled water to St. Mark Deliverance Center in Portsmouth. It was on a Thursday, and the truck was to be loaded to leave that next week. That Sunday, Everett announced to the church to participate in this effort with only two days to collect cases of bottled water.

“I thought to myself, this is how God works,” said Everett. “He always makes a way.”

On March 9, the Youth Developers Ministry at Metropolitan Baptist Church took 187 cases of water to St. Mark Deliverance Center in Portsmouth. Everett received a text the morning of March 11 that a tractor-trailer was loaded with dry food and water and was prepared to go to Houston, Texas.

“Now, when the youth see relief efforts on the news that came to Texas, they can see it and know that they were a part of something bigger,” said Everett.

This opportunity showed the students that missions go beyond race, gender or geographic location. According to Everett, it is the true purpose of the church to do missions. He hopes this encourages the youth to keep serving and for other churches to do their part as well.

“This will be an experience that will forever be with each of them,” said Everett. “Proverbs 22:6 says to train up a child in the way he should go, and when he is old, he will not depart from it. There was also a saying that it takes a village to raise a child. The village, in this case, is the church and the training received is missions. This is what the church is all about. This is missions at work.”