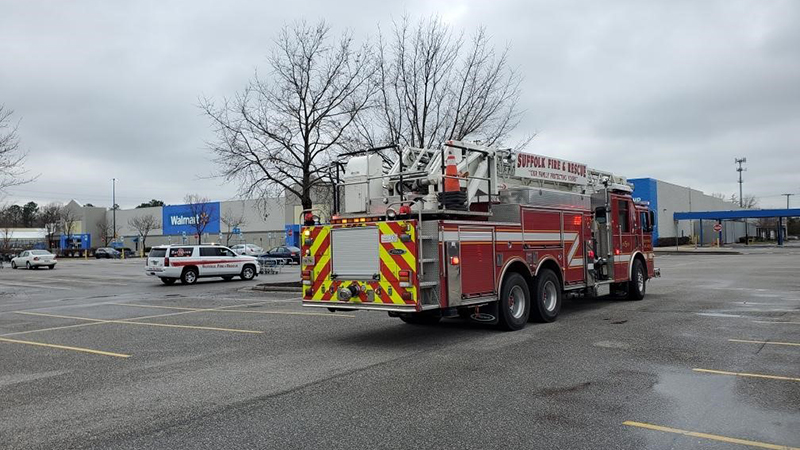 Crews responded to a gas leak at the College Drive Walmart on Tuesday morning. (City of Suffolk Photo)

The North Suffolk Walmart has reopened after it was evacuated due to a gas leak.

Suffolk Fire & Rescue and Suffolk Police responded to the scene in the 6200 block of College Drive after a vehicle struck a major gas line at the structure, according to a city press release. The incident was reported at 10:42 a.m. Tuesday, and the store and parking lot were evacuated.

The gas meter main was secured at 11:26 a.m., and the store reopened to the public afterward. There were no injuries.