Trooper injured in crash on Interstate 664 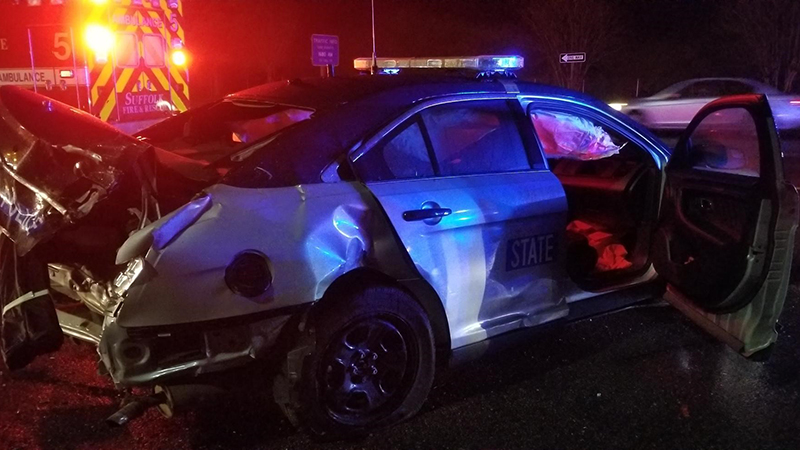 A trooper was injured when his vehicle was struck from behind on Interstate 664 Wednesday morning. (Virginia State Police photo)

A Virginia State Police trooper was injured when his vehicle was struck by another car on Interstate 664 Wednesday morning.

The crash happened about 4:56 a.m., according to Virginia State Police. The trooper was sitting in the median on Interstate 664 just before the Monitor-Merrimac Memorial Bridge-Tunnel on the Suffolk side, across from the weigh station. He was running radar and was stationary facing northbound traffic when he was struck from behind by a 2014 Honda Accord.

Both parties were transported from the scene with injuries not considered life-threatening. The driver of the Honda, 22-year-old Dominique Alexandra Simmons, of Winton, N.C., stated she fell asleep while driving, the VSP press release stated.

She has been charged with reckless driving.