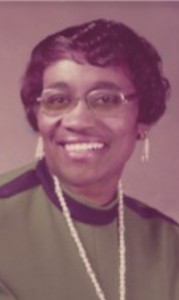 Bertha Branch Turner, a native of Franklin, was the 12th child of the late Goodman and Daisy Whitehead Branch. She was educated in the public schools of Franklin and graduated from Hayden High School. Mrs. Turner accepted Christ at an early age. She was baptized and became a member of Piney Grove Baptist Church under the leadership of the Rev. G.W. Johnson. There she served faithfully until moving to Suffolk where she became a member of Metropolitan Baptist Church. While there, she was a member of the church school, chapel choir, Missionary Council and several committees. In addition, she was an active member of the Zeta Epsilon Omega Chapter of Alpha Kappa Alpha Sorority Inc. and held all offices, except that of treasurer. She was a member of many professional and civic organizations and held many offices.

At the age of 15, Mrs. Turner entered Virginia State College, now Virginia State University. She was the recipient of a Bachelor of Science degree in secondary education, with a major in library science and a minor in English and French. She also held a Master of Arts degree from Hampton University, where she majored in secondary administration. She did continuing studies at other colleges and universities to advance her career. During her 44-year career in education, she served faithfully in many capacities.

Her survivors include her granddaughters Dr. Davida Harrell-Williams, of Suffolk, (Jeronn), Patrice Harrell-Carter (Corey), of Waldorf, Md.; six great-grandchildren, a host of nieces, nephews and a plethora of friends. “She fought a good fight, finished the course; she has kept the faith,” 2 Timothy 4:7.

Funeral services are entrusted to Crocker Funeral Home. There will be a small, private ceremony that will be live-streamed to the public from Metropolitan Baptist Church due to CDC guidelines and COVID restrictions at Metropolitanbaptist1.org.