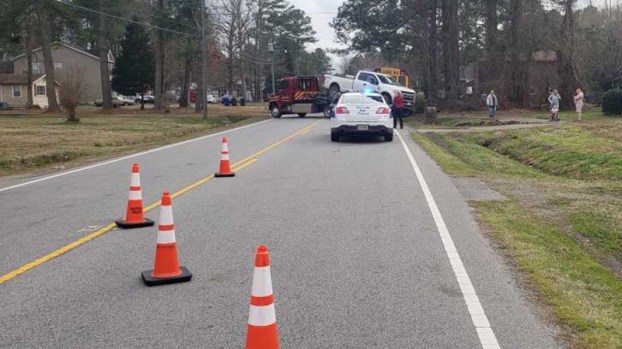 Suffolk Police and Suffolk Fire & Rescue responded to the scene of a two-vehicle accident involving a Suffolk Public School bus on Thursday afternoon.

Emergency Communications was notified at 4:17 p.m. of the accident in the 1600 block of Nansemond Parkway involving the bus and a pick-up truck, according to a city press release. The school bus was occupied by the driver and one juvenile; there were no injuries.

The roadway was initially closed to through traffic immediately following the accident, and traffic was then being alternated. The roadway will be completely shut down for a period of time to allow the tow truck to remove the school bus from the ditch.

The investigation into the cause of the accident is ongoing.

Tornado watch in effect until 9 p.m.

A tornado watch has been issued for the area, including Suffolk, Franklin, and the counties of Southampton, Isle of Wight... read more