Two injured in crash on Route 58 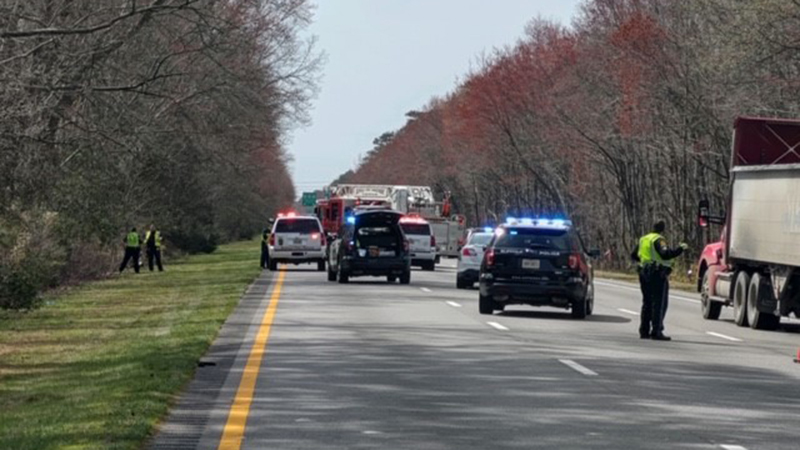 Two people were injured in a crash on Route 58 Saturday afternoon. (City of Suffolk Photo)

Suffolk Police and Suffolk Fire & Rescue units remain on the scene of a single vehicle accident that occurred Saturday afternoon.

The crash happened in the 1900 block of Portsmouth Boulevard (Route 58) westbound at the weigh station, according to a city press release.

Emergency Communications was contacted at 12:53 p.m. by a citizen who said a pick-up truck had left the roadway.

Upon preliminary investigation, it was determined that the vehicle left the roadway and came to rest partially submerged in a ditch, the press release stated.

Suffolk Fire & Rescue crews provided emergency medical assessment and treatment and an adult female was airlifted by Nightingale to a local hospital with life-threatening injuries. An adult male was ground transported with non-life threatening injuries.

The roadway in this area was initially closed and traffic was being diverted eastbound; however, one lane is now open and a second lane is expected to open shortly.

The accident investigation remains ongoing at this time.