Visit the refuge this spring 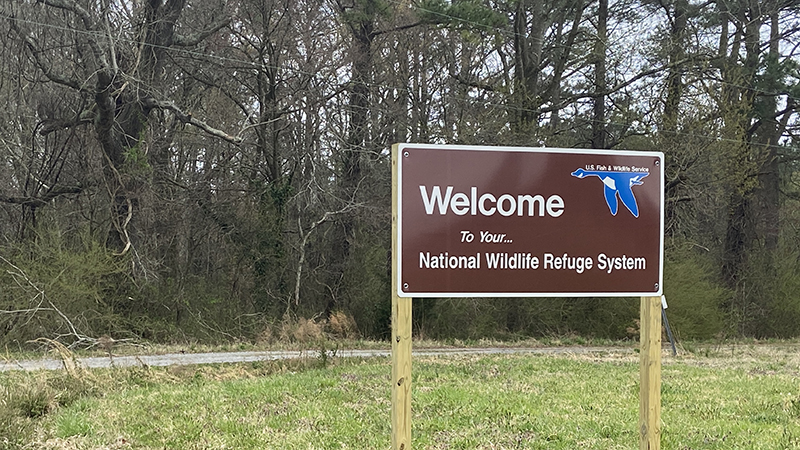 The Great Dismal Swamp National Wildlife Refuge will not hold its annual birding festival but is still open to the public.

Birdwatchers and others who love the outdoors can still have an opportunity to do just that.

During this festival, groups from around the state, country and even Canada typically come to tour with experienced bird watchers and look for migrating birds in the Great Dismal Swamp, especially warblers.

The birding festival is usually held in the spring around the end of April and the beginning of May when warblers return from their winter trip to the tropics to the Great Dismal Swamp for their nesting and mating season. Waiting too long into the spring or summer makes it harder to spot these small, colorful birds, as they have already settled down to nest.

“They do a lot of singing,” said Judy Hinch, president of Friends of the Great Dismal Swamp National Wildlife Refuge. “More often than not, you do more hearing than seeing. It helps to go with an experienced birder who knows the sounds and what to look for.”

Many local bird-watching clubs are still planning on taking their own bird-watching trips through the refuge to catch the sights or sounds of the golden swamp warbler, the Swainson’s warbler, Redstart, black-and-white warbler, hooded warbler, black-throated green warbler, prairie warbler and common yellowthroat warbler.

Even though the birding festival, or as some call it the migration celebration, is canceled, the Great Dismal Swamp National Wildlife Refuge is open for those who want to get a glimpse of a warbler still or spend some time outside.

“Springtime is the best time to visit the refuge,” said Hinch. “Our trails are in great shape for people to come to walk or bike or hike. They’re like dirt roads so you can go pretty far on a bike.”

While exploring the trails, visitors can see many native and rare plants. The Great Dismal Swamp is also home to a host of wildlife including red-bellied turtles, southern leopard frogs, black rat snakes, black bears, bobcats and river otters to name a few.

The refuge not only has a rich variety of wildlife but has a rich history too. The Great Dismal Swamp was used for the Underground Railroad and has the beginnings of an exhibit. Minch hopes that the small pavilion honoring the swamp will one day become more.

“In the 18th and early 19th centuries, the Great Dismal Swamp served as a refuge for African Americans escaping slavery,” said Hinch. “Historians believe these people established maroon communities in the swamp and used the swamp as both temporary and long-term shelter. Due to the significant role the swamp played in the lives of the freedom seekers, the refuge is an official designated site of the Underground Railroad Network to Freedom, the first national wildlife refuge to be so named.”