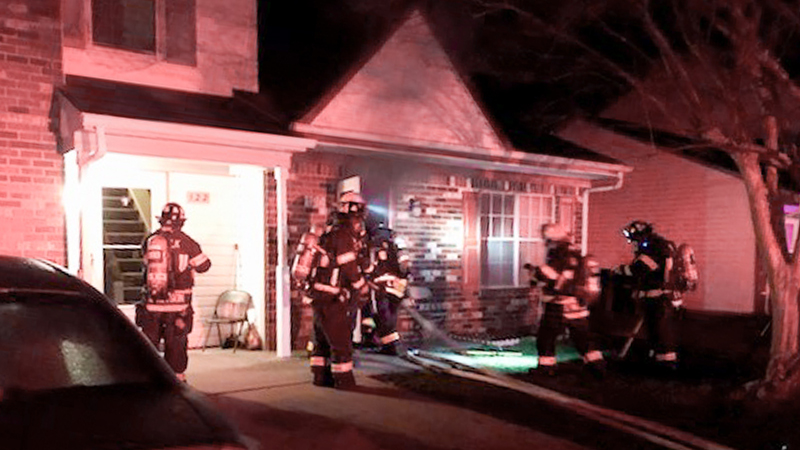 Three people were displaced in a fire on Greenfield Crescent early Thursday. (City of Suffolk Photo)

Three people were displaced from their residence due to a fire early Thursday.

Suffolk Fire & Rescue responded to the call in the 100 block of Greenfield Crescent in the Southside Meadows neighborhood. The fire was reported at 4:19 a.m., and the first units arrived on scene seven minutes later, according to a city press release.

The first arriving fire units found a one-story residence with light smoke coming from the residence, the press release stated. The occupants, one adult and two juveniles, had evacuated prior to the arrival of firefighters.

The crew entered the residence and found a fire that was contained to the kitchen area. The fire was called under control at 4:35 a.m. There were no injuries, but the three occupants have been displaced.

The Fire Marshal’s Office will be investigating to determine the cause of the fire.