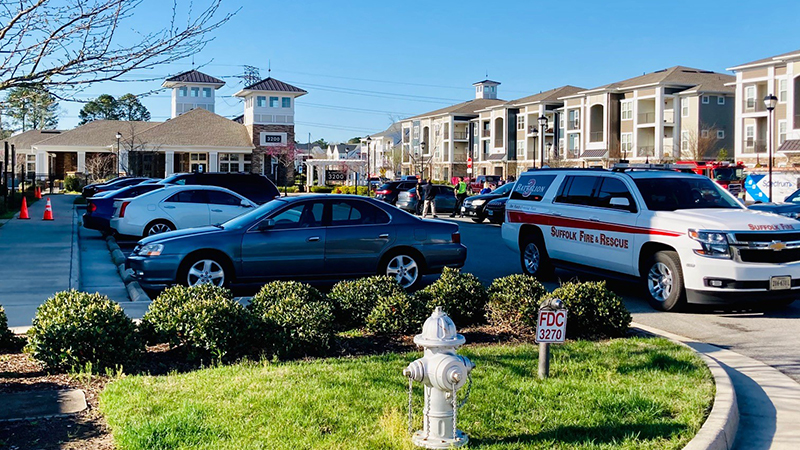 Police and firefighters responded to a suspicious package on Monday morning. (City of Suffolk photo)

Suffolk police and firefighters responded to a report of a suspicious package at a North Suffolk apartment complex on Monday morning.

The package was reported at 8:15 a.m. outside the clubhouse at the Bainbridge 3200 Apartments in the 3200 block of Prices Fork Boulevard.

City spokesman Tim Kelley said the package was an unattended bookbag that had a portable radio attached to it.

The area was secured, the roadway was closed and nearby apartment residents were notified to shelter in place. The Virginia State Police Bomb Squad also started making its way to the scene.

Battalion 3, Engine 5, Safety 1, Fire Marshal 6, and Fire Marshal 7 were on the scene along with Suffolk Police. The scene has now been cleared.