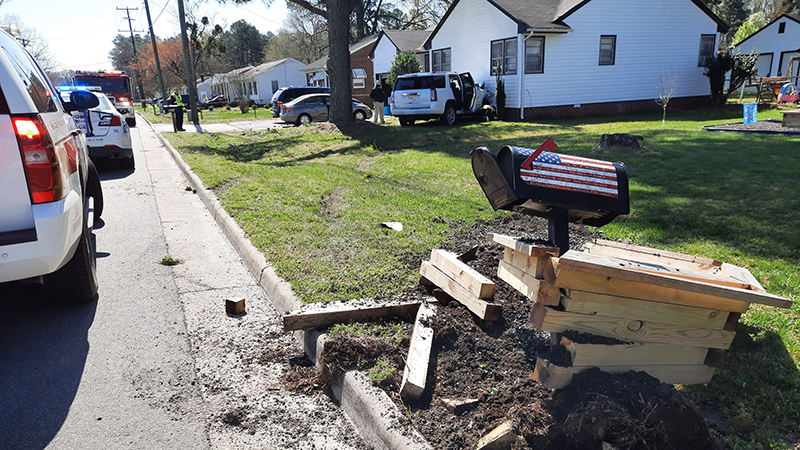 A vehicle struck a mailbox and a home in the 300 block of Suburban Drive on Monday.

Drivers in two crashes into buildings that happened in Suffolk on March 29 have been charged with reckless driving.

The first crash happened about 11:09 a.m. on Monday. The vehicle struck a home in the 300 block of Suburban Drive. City spokeswoman Diana Klink said there is structural damage to the building that the homeowner will have to address. The driver also struck a mailbox planter in the yard of an adjacent home.

The second crash happened at 12:55 p.m. at The Shoe Department store on North Main Street. The store has reopened and the damaged window section is boarded up.

There were no injuries at the store, and the driver in the Suburban Drive crash suffered minor injuries.

“Human error was the cause in both accidents,” Klink stated.