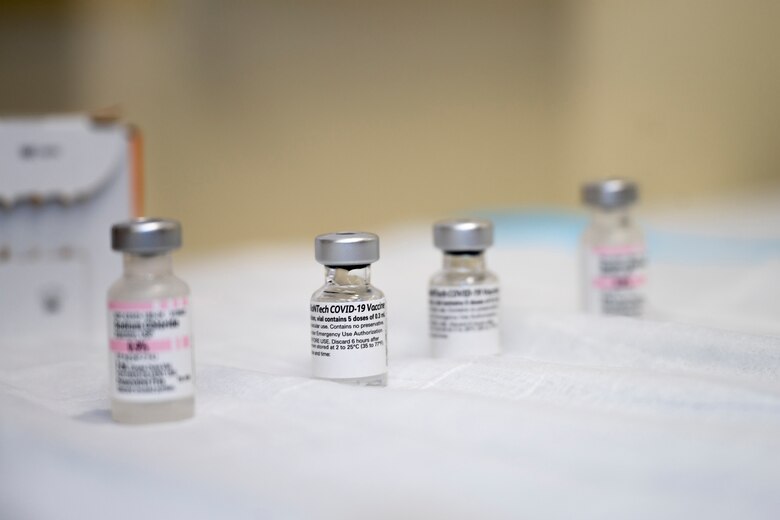 The Western Tidewater Health District has moved to Phase 1C of COVID-19 vaccinations, following other localities in Hampton Roads and around the state.

It also comes following an announcement by Gov. Ralph Northam that anyone age 16 and up will be able to get a vaccination by April 18.

He made the announcement as the state moves toward the end of its Phase 1 waiting list and ahead of a May 1 nationwide goal set by President Joe Biden.

“The COVID-19 vaccine is the light at the end of the tunnel — and that light is getting brighter every day as more and more Virginians get vaccinated,” Northam said in a statement. “We continue to work with diverse providers and community partners across the Commonwealth to distribute vaccines in a fair and equitable way and ensure those at the highest level are vaccinated first.”

“Expanding vaccine eligibility to all adults marks an important milestone in our ongoing efforts to put this pandemic behind us, and I think all of the public health staff, health care workers, vaccinators, and volunteers who have helped make this possible.”

Northam said nearly every state resident in the highest-risk groups who have pre-registered for the vaccine has received one, and those still on the pre-registration list would receive appointment invitations in the next two weeks.

However, the state health department is putting out the call to have those in Phases 1A, 1B or 1C who have not yet been vaccinated to register now to receive the vaccine.

“There are a lot of vaccines available, and we need more people to register to be vaccinated,” said Larry Hill, a spokesman for the Virginia Department of Health. “Our lists are starting to run low on registrations.”

Hill noted many opportunities on the Southside and the Peninsula in the next few days and weeks. People who register through the state’s website or phone number will receive communication when it is their turn and be told where and when to go.

Phase 1A includes the following:

Phase 1B includes the following:

On Friday, the Western Tidewater Health District announced it would begin the transition to 1C this week.

“This transition will allow us to expand those eligible for vaccinations,” said Dr. Lauren James, interim health director. “I am proud of the effective and organized manner that we have supported vaccination efforts and we plan to continue in this fashion.”

The Virginia Department of Health said the decision to move phases is made in coordination with local and state health officials.

Of the data available March 31 for those who have received at least one vaccination dose in Suffolk, 9,219 people have been White, 5,344 Black, 497 Latino, 407 other race, 295 Asian or Pacific Islander and 35 Native American. The state health department did not have race and ethnicity data for 6,963 people. The majority of those receiving at least one dose have been between the ages of 50 and 79.

More than 3.85 million doses of the COVID-19 vaccine have been administered in the state through March 31, according to the Virginia Department of Health — meaning more than 33% of all adults in the state have received at least one dose, and 20% of the state’s adults have been fully vaccinated. Virginia is averaging 66,882 doses administered daily.

Across the health district, 62,805 doses have been administered, with 42,019 people having received at least one dose and 21,205 people being fully vaccinated.

Starting April 4, districts that have worked through all their pre-registered people in Phase 1C can invite pre-registered members of the general public. Based on projected vaccine supply, every health district in the state will have enough vaccine doses to open appointments to the general public by April 18. People in high-risk groups will continue to receive scheduling priority for the vaccine.

Vaccinations of health care workers began in December before the health district moved into Phase 1B, vaccinations of those aged 65 and up, people aged 16 to 64 with underlying conditions and some frontline essential workers.

The health district said there may be some overlapping of vaccination groups to get people in each phase vaccinated as soon as possible.

Those wanting a vaccine should pre-register through vaccinate.virginia.gov or call 877-VAX-IN-VA (877-829-4682) from 8 a.m. to 8 p.m. daily. The health district says people who have already pre-registered should also verify their information to prevent a delay in getting contacted for an appointment.