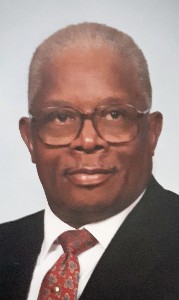 Deacon William E. Myrick of Suffolk was called to receive his eternal rest and peace on March 30, 2021, while a patient in Bon Secours Maryview Medical Center, Portsmouth. His earthly journey began Dec. 5, 1926, born to the late Ryland and Bessie Myrick in Portsmouth.

Deacon Myrick courageously served his country as a Steward’s Mate First Class in the United States Navy. Shortly after receiving an honorable discharge, he became an orderly at Raiford Memorial Hospital, Franklin. He later became a truck driver working for numerous firms and ultimately with Kroger Distributors retiring after 43 years of service.

William was a member of The Way, The Truth and The Life Church where he served on the Deacon Board.

A public viewing will be held from 2 to 7 p.m. on Monday, April 5, at the funeral home. A private service will be held for Deacon Myrick in Portsmouth. You are invited to view the service for Deacon Myrick at 11 a.m. on Tuesday, April 6, at https://client.tribucast.com/tcid/9672747. His remains will be interred at Albert G. Horton Veterans Cemetery.

A service with dignity will be conducted by Wm. M. Johnson & Sons Funeral Home Inc., 224 South Main St. Please share your condolences with the family at wmjohnsonandsons.com 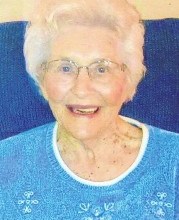