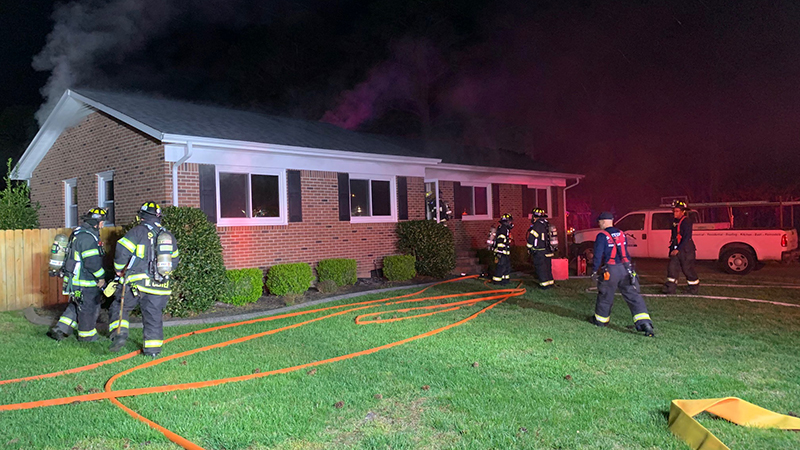 Suffolk Fire & Rescue responded to the scene of a residential structure fire on Sunday evening. (City of Suffolk Photo)

Suffolk Fire & Rescue responded to the scene of a residential structure fire on Sunday evening.

The fire in the 1400 block of Lipton Circle located in the Kilby Shores subdivision was reported at 8:12 p.m., according to a city press release.

The first units arrived on the scene at 8:17 p.m. and found a single-family dwelling which had fire in the attic and main floor of the structure, the press release stated. There was moderate fire damage to one end of the home and smoke damage throughout the entire home. The fire was marked under 8:41 p.m.

No injuries were reported, but the resident of the home is displaced as a result of the fire.

The cause of the fire is under investigation, the press release stated.