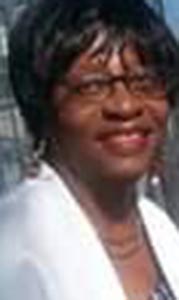 LaVerne Arnell Crocker Jordan, age 69, received her rest from labor to reward on Saturday, April 3, 2021, at Sentara Obici Hospital in Suffolk. She was born on June 23, 1951, in Nansemond County to the late Linton and Robbie Crocker. As their only child, LaVerne was their pride and joy.

LaVerne was always inquisitive and excelled in school. She graduated in 1969 from John F. Kennedy High School as the class valedictorian. In 1973, LaVerne received her Bachelor of Arts degree (summa cum laude) in psychology from Fisk University in Nashville, Tenn. She was valedictorian of the Psychology Department Class. While attending Fisk, LaVerne was inducted in the Phi Beta Kappa Honor Society and Who’s Who. Additional activities included: President of the Gold Key Honor Society, Reporter for Beta Kappa Chi, Student Honors Council, Herald Staff, and Psychology Club. LaVerne earned her master’s degree in clinical psychology from the Ohio State University in 1975. Her love for learning continued with her being awarded a Juris Doctor degree from the University of North Carolina in Chapel Hill, N.C., in 1984.

Professionally, LaVerne shared her immense knowledge with all whose paths she crossed. She was a Licensed Psychological Associate in the state of North Carolina. Additionally, she was a Clinically Certified Forensic Counselor with the American College of Certified Forensic Counselors. She was previously an adjunct professor at Paul D. Camp Community College at its Smithfield campus. LaVerne retired in 2012 from the Norfolk Community Services Board after 21 years of service. During her tenure there, LaVerne served in many capacities including: drug rehabilitation counselor, substance abuse counselor, and coordinator for the Substance Abuse Program at Norfolk City Jail.

Although LaVerne was an only child, she had numerous “sister friends.” She had a naturally infectious personality, as well as a sharp wit  that drew people to her. LaVerne loved to host her friends and family, especially for bid whist events. She considered herself to be an expert.  LaVerne was a member of the Imperial Crescent Club in Suffolk, and you would frequently find her traveling to Atlantic City with the group. She was also very active, until her health declined, with her beloved John F. Kennedy Class of 1969 Alumna.

A celebration of life will be held at 1 p.m. Saturday, April 10, 2021, at Metropolitan Baptist Church, 125 County St., Suffolk, VA 23434. Visitors are asked to comply with the COVID-19 protective guidelines. The service will be livestreamed. Dr. Steven Blunt, pastor of First Baptist Church Mahan, will deliver the eulogy. Interment will be at Carver Memorial Cemetery, Suffolk. Professional services have been entrusted to Harris Funeral Home.

In lieu of flowers, donations in LaVerne’s memory may be made to First Baptist Church Mahan.