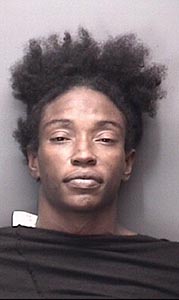 Suffolk Police have made an arrest in three recent robberies.

Andrea Bryant, 29, of Suffolk, was arrested on an outstanding warrant on contempt of court on Tuesday, according to a city press release. Bryant has also been identified as the offender from three recent armed robberies of businesses, the press release stated.

The most recent robbery happened at 1 a.m. at the CVS in the 2700 block of Godwin Boulevard. During this incident, the suspect implied she had a weapon and robbed the store of an unknown amount of cash and products, then left on foot. No one was injured.

The other incidents happened at the Miller Mart in the 2800 block of Pruden Boulevard on March 29 and the 7-Eleven in the 2100 block of North Main Street on April 1.

Bryant was arrested on charges including three counts each of robbery and use of a firearm in commission of a felony, the press release stated. Additional charges are forthcoming.

Bryant is currently being held without bond in the Western Tidewater Regional Jail.