The return of the Old Dominion Barn Dance 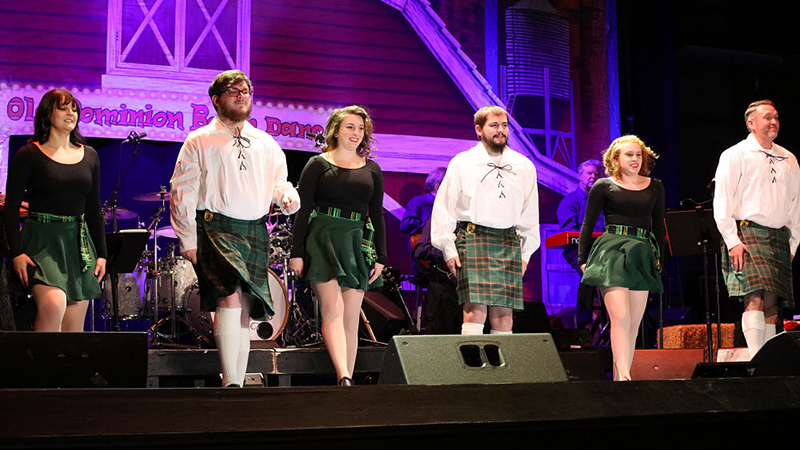 Just as the 2020 season of the Old Dominion Barn Dance was about to kick off last year, the world was stricken by the pandemic. Everything changed, and now, it is edging its way back to how things used to be, as evidenced by the safe return of positive assemblies like entertainment shows and concert performances.

Now, more than ever, the audience was especially excited to see the return of the Old Dominion Barn Dance after a year of cancellations because of the pandemic.

On March 13, the ODBD triumphantly kicked off its 2021 season at the Beacon Theater in Hopewell with a bombshell of a headliner: Irlene Mandrell of the popular Barbara Mandrell and Sisters.

Donna Meade, responsible for the revival of the Old Dominion Barn Dance, and show hostess, welcomed everyone with the classic opener, “Howdy,” that served as the signal for the wholesome variety show to begin, including music such as classic country, bluegrass, humor, gospel, and occasionally duets, quartets, and medleys — with something there for fans of all ages.

Always a crowd pleaser with their heart-pounding, stage-stomping highly athletic performances, the Old Dominion Barn Dance cloggers started the show with an exciting jolt of energy. While their routines are never routine, the cloggers performed a Celtic dance, with kilts and all, as designed by their choreographer Shamus Riley, who would later do his personal interpretation of Garth Brooks’ “I’ve Got Friends in Low Places,” with his red Solo cup-sporting, rowdy crowd.

Each show promises its own unique surprise, with this 2021 kick-off consisting of Rock and Catherine with Dance Masters Studio performing a lovely waltz during Lynne Carnes’ solo of “Always.” They also entertained the audience by dancing in the aisle during Mike Toney’s rendition of “Honky Tonk Attitude,” made popular by Joe Diffie. The band, Mill Run, was the special bluegrass act.

The Old Dominion Barn Dance also honored its lead sponsor, Dickie King (Kings Korner) with a guitar that had been autographed by the cast for his support during the rough pandemic year. Dickie managed to keep his employees working during the worldwide crisis. His business has been a sponsor since the inception of the revival of the Old Dominion Barn Dance in 2015. Further, the Barn Dance expressed its gratitude for all of its sponsors.

While the Old Dominion Barn Dance normally ends each show with a gospel song, this time they did a beautiful interpretation of This Ole House with Lee Blasingame and cast singers.

The next opportunity for more people to experience the Old Dominion Barn Dance is on May 15.