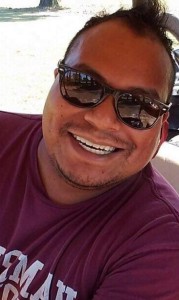 Robert ‘Rob’ Wesley Nurney of Houston, died unexpectedly on August 25, 2021, due to an undiagnosed heart condition. He was the son of Walter and Polly Nurney of Suffolk and a graduate of Lakeland high school class of 2003. After high school, he attended Hampden Sydney college from 2004 to 2006.

Following the death of his parents, Rob moved to Norfolk and then to Houston. He was attending the University of Houston at the time of his death where he was a Dean’s list student studying political science with a business concentration, and due to graduate in the spring of 2021.

Like his father, Walter, Rob was an avid tennis player. He was a four-year varsity letterman at Lakeland High School and was a member of the tennis team while attending Hampden Sydney. He continued his love of the sport as an assistant tennis coach at Nansemond River High School with his good friend, Shamus Riley. The lady Warriors were four-time conference champions, two-time regional runner-up, and two-time state semi-finalists. He loved to share his passion for the sport. He continued playing in Texas and worked at Tennis Express as well as Berkshire Hathaway.

Rob was also a great lover of cars and driving. He could be counted on to give extensive details when asked about any car make or model that was on the road and kept up with every innovation and trend. He was a tireless driver and never hesitated to take on a driving assignment with gusto and his effortless good humor.

Rob loved Texas, its people, and lively diverse cultures. His close friend Jocelyn Pineda remembers him making it a tradition to go to the Rodeo for some Texas fun. “He loved the live music and the barbecue. I miss him so much. I’m glad we were able to make some beautiful memories.”

A graveside service for Rob is being held at 11 a.m. Saturday, May 1, at Nansemond-Suffolk Cemetery on Kings’s Fork Rd. Suffolk, VA 23434. Condolences may be registered at RWBakerFH.com.