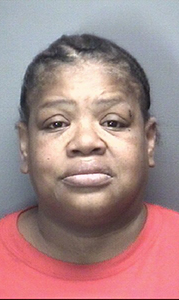 Suffolk Police arrested a woman following their investigation of a stabbing that occurred late in the evening on April 16 at a residence in the 100 block of North Eighth Street.

Emergency dispatchers received a call at approximately 10:41 p.m. advising of a domestic disturbance at the residence, and once on scene, officers discovered that a stabbing had occurred, according to a city press release. The adult male victim received emergency medical assessment and treatment by Suffolk Fire & Rescue personnel for a stab wound, and was ground transported to a local hospital with non-life threatening injuries.