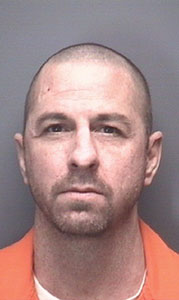 A Suffolk man has been charged with allegedly setting a fire inside a home in the Kempton Park neighborhood on Wednesday.

Josh Patrick Edwards, 43, is charged with burning or destroying an occupied dwelling, according to a city news release.

Suffolk Police and Suffolk Fire & Rescue personnel responded at 4:30 p.m. Wednesday to the residence in the 3500 block of Sedgefield Street in response to a call regarding a residential structure fire.

“It was determined that the subject had allegedly intentionally set a fire in the living room, and the incident was domestic in nature,” the city press release stated.

The fire was out upon the arrival of Suffolk Fire & Rescue crews, and minor damage was confined to that room. There were no injuries.

The Suffolk Fire Marshal’s Office is investigating this incident, and additional charges may be forthcoming.