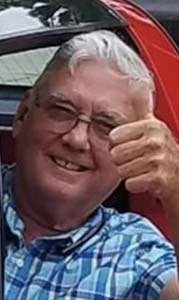 A tribute to our loving father and grandfather.

It is with great sadness and unforgettable memories that we share the news of our father and grandfather’s passing. Jethro left his earthly home on Saturday, the 24th of April, while in Sentara Obici Hospital. He was born in Nansemond County to Jethro Jordan Byrd and Grace Inez Ellis on March 17, 1945. He was the founder and owner of Jethro Byrd Electrical and Plumbing Contractor Inc., which recently celebrated 50 years of service to the community.

Jethro derived great pleasure from spending time with his children and grandchildren. The grandchildren loved days with him on “Nana’s” farm making memories. He sent them daily devotional scriptures that they will continue to treasure.

In addition to his children and grandchildren, Jethro is survived by his sister, Betty Knight, and his sister-in-law, Florence Byrd. Jethro is also survived by nieces and nephews.

Jethro was predeceased by three brothers, Fred, Rudolph and William. He loved spending time with his brothers and childhood friends, having breakfast while they shared old stories, laughed, and reminisced about the “good ole days!” as he would say.

Jethro would want us all to remember the good times, honor God, cherish our families and live life honoring what we learned from him.

Jethro’s family acknowledges and thanks his companion, Jennie Lanthorn, who stayed by his side during his illness. He depended on her caring and devotion to bring him solace during his last days.

Jethro’s funeral service will be held at 11 a.m., Wednesday, April 28, 2021, at Parr Funeral Home & Crematory with the Rev. Tim Rawls officiating. Burial will follow in Holly Lawn Cemetery. Visitation will be from 6 to 8 p.m., Tuesday, April 27, 2021, at the funeral home. In lieu of flowers, please donate to Wilroy Baptist Church.