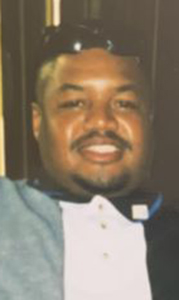 Mr. Blane Washington departed this earthly life on April 24, 2021. Blane was predeceased by his parents, Claude and Annie Spellman Washington, and his brother, Norbert Washington. He worked at the Tow Truck Westside. He was also a U.S. Marine. He was a graduate of Booker T. Washington High School. He lived as a diehard NFL Redskins fan, now known as the Washington Football Team.

He is survived by his son, Blane Washington Jr.; a daughter, Tanisha Harris; one sister, Lillian Morrow; one brother, Kenton Spellman, of Hampton; and four grandchildren, Tianna Brown, Malcolm Harris Jr., Tamiyah Harris and Brysen Washington; and a host of other relatives and friends.

A visitation will be held from 1 to 3:30 p.m. Friday at the Harris Funeral Home, 685 Carolina Road, Suffolk, VA 23434. The family will assemble after the viewing at 6202 Old Town Point Road, Portsmouth, for the releasing of the lanterns. Harris Funeral Home has been entrusted with the home going service. You may send condolences to  the family at www.vharrisfuneralhome.com.