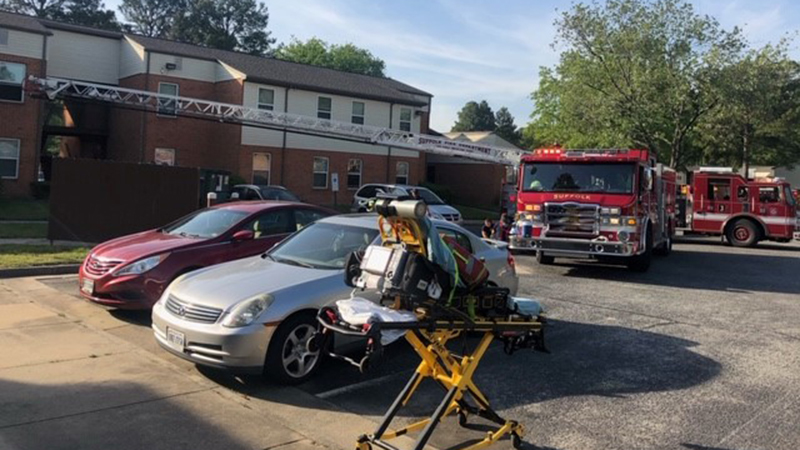 There were no injuries in a Tuesday evening fire at Wilson Pines Apartments. (City of Suffolk photo)

The Suffolk Fire Marshal’s Office has pinpointed the cause of a fire at a downtown apartment complex on Tuesday.

The fire at Wilson Pines Apartments began in a trashcan due to carelessly discarded smoking materials, according to a city press release.

First arriving fire units found light smoke showing from the second floor apartment, the press release stated. No residents were home at the time of the incident.

The fire was quickly knocked down and was confined to the kitchen. The fire was called under control at 5:28 p.m.

The two occupants were offered assistance from the American Red Cross. There were no injuries.