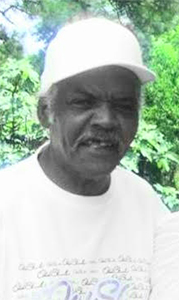 With heavy hearts, we announce the homegoing service for Harvey “Buddy” Levi Mitchell Jr. He passed away on May 4, 2021, at age 76. He is survived by his children, Robbin Scott, Kimberly Young and Shawn Mitchell; sister, Edna Boone; and brother, Irvin “Ricky” Mitchell. He was beloved as “Pop-Pop” to 13 grandchildren and 10 great-grandchildren. He is also survived by a host of nieces, nephews and cousins. As a former soldier, he served his country with honor. He then went on to work until retirement at the Norfolk Naval Shipyard, which afforded him an opportunity to travel abroad (his favorite was Scotland) and work as a first class welder.

A graveside service will be held at 2 p.m. Sunday at the Howell Family Cemetery. Harris Funeral Home is handling arrangements.