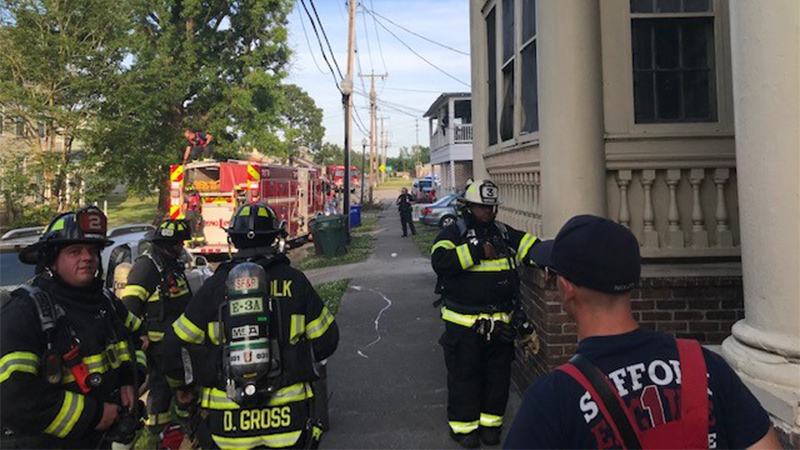 The fire marshal’s office has determined the cause of a kitchen fire on Bank Street Wednesday evening.
The fire in the 300 block was reported at 6:20 p.m. The first unit arrived on scene at 6:23 p.m., according to a city press release.
First arriving units found the fire confined to the kitchen area of the first-floor apartment. No occupants were home at the time of the fire.
The fire marshal determined the cause was a stovetop inadvertently turned on before the occupant left the residence.
There were no injuries. The fire was called under control at 6:34 p.m.
Responding units included Battalion 1; Engines 1, 2, 3, and 4; Ladders 3 and 6; Safety 1; Medic 1; Rescue 1; and EMS1.