Skydiver injured after landing on top of hangar 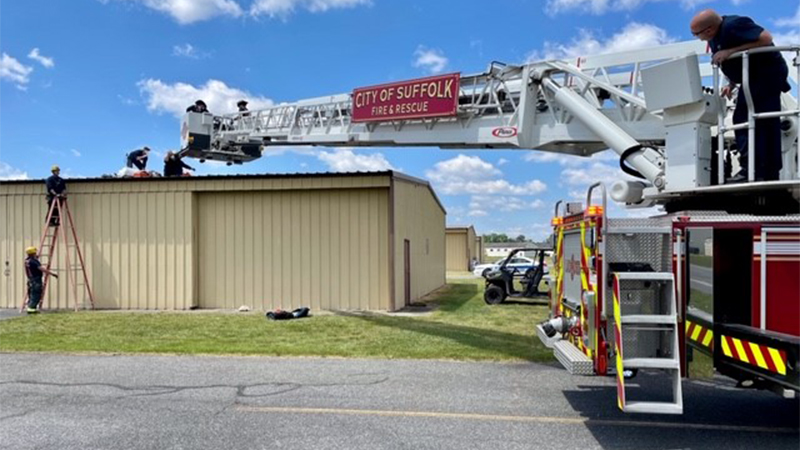 Emergency Communications was contacted at 11:27 a.m. advising of the incident in the 1200 block of Gene Bolton Drive, according to a city press release.

The woman was injured when she landed on top of an aircraft hangar, the press release stated. Suffolk Fire & Rescue personnel had to utilize the platform of a ladder truck to reach the victim, who received emergency medical assessment and treatment and was ground transported to a local hospital with serious injuries.