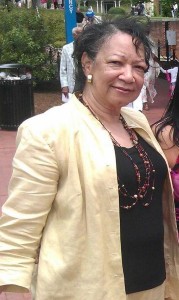 Gwendolyn Gambrell, 76, of Garner, N.C. passed peacefully on Monday, May 3, 2021, at her home. She was born in Suffolk to the late Dorothy Everett and James Parker. She resided for many years in Bronx, N.Y., and returned back to Virginia. After retirement, she moved to North Carolina, where she spent her last few years.

Gwendolyn Gambrell worked for several years in New York as a Lab Technician for the Hospital for Special Surgery. Also, while living in New York, she worked as an administrator for many companies. When she moved to Virginia, she worked in customer service for JC Penney, where she later retired.