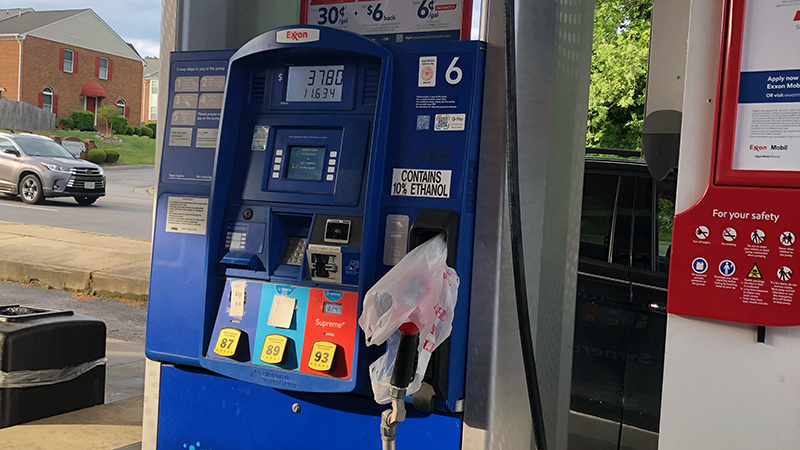 In the wake of a cybersecurity attack on a major East Coast pipeline, several gas stations in Western Tidewater have run out of gas and others have experienced long lines of drivers seeking to fill up.

Gas stations in Franklin, Windsor, Courtland and Smithfield have all been affected. Other stations in Suffolk and in Hampton Roads are reportedly out of gas, according to GasBuddy.com, which crowdsources gas prices and availability.

A Sunoco station on College Drive, near Armory Drive, in Franklin had only 93 octane gas available as of late afternoon May 10. Employees at two Duck Thru stations in the city reached by phone said they had gas, though the one on Hunterdale Road had long lines of drivers waiting to pump gas.

A Duck Thru on Main Street in Courtland was reportedly out of gas during the afternoon, and the nearby pumps at the 7-Eleven gas station had red bags on the pumps, indicating that those were out of gas.

AAA Tidewater said it expects gas prices to take a dramatic jump after the Colonial Pipeline, which delivers fuel to nearly half of the East Coast, shut down over the weekend due to a cybersecurity attack.

In the past week, gas prices in Hampton Roads have gone up as much as 6 cents per gallon.

AAA has forecast higher gas prices due to the shutdown of the Colonial Pipeline, which delivers about 45% of all fuel to the East Coast. That pipeline, which runs from Texas to New York harbor, announced that it was a victim of a cybersecurity attack and shut it down as a precautionary measure.

Some lateral lines have reopened, according to AAA, but when the mainline, including the gasoline line, will resume operations is unclear.

“This shutdown will have implications on both gasoline supply and prices, but the impact will vary regionally,” said Holly Darby, AAA Tidewater director of public affairs, in a statement. “Areas including Mississippi, Tennessee and the East Coast from Georgia into Delaware, which includes Virginia, are most likely to experience limited fuel availability and price increases as early as this week. These states may see prices increase 3 to 7 cents this week.”

AAA said the longer the pipeline is offline, the more impact it will have on the East Coast, but added that foreign gas imports can supplement the supply to the Northeast. It said other parts of the country would see little impact from the pipeline shutdown.

It also said there is enough gas supply in the U.S., but other pipelines and the Department of Transportation’s temporary hours-of-service exemption for tanker trucks transporting gas and other fuels will not necessarily prevent residual delays, as it takes 15 to 18 days for fuel to move from Texas to New York.

AAA has urged against panic gas-buying and issued fuel conservation tips such as taking on multiple errands per trip, avoiding high-traffic times of day if possible, minimizing the use of air conditioning and parking in the shade on hot days to lower heat buildup in the car.

Reporters Titus Mohler and Stephen Faleski contributed to this story.