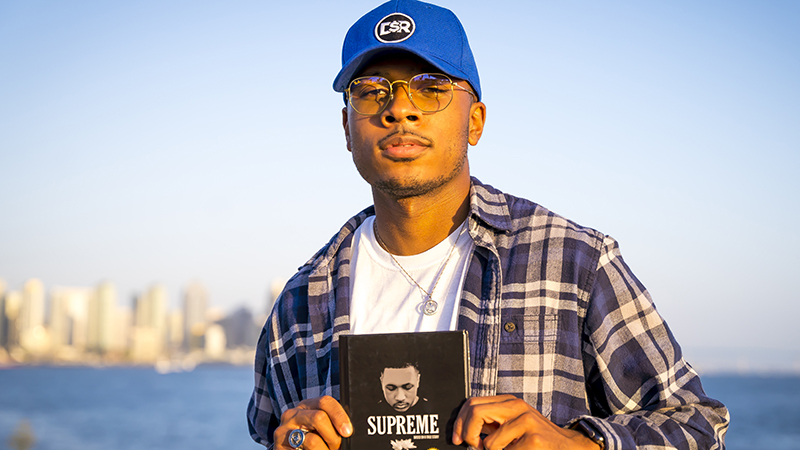 A young author is making his literary debut with a book signing this summer.

“Supreme: Based on a True Story” focuses on the life of a young man Lil’ Sin, as he faces trauma in his childhood that makes him choose whether he will rise above his circumstances or give in to the life he has always known. The story takes place in Suffolk as well as other parts of Virginia and New York City.

“It’s almost like a memoir,” said Riddick. “It focuses on stories of my upbringing and things of that nature. It shows the positive side of how someone growing up can still make a positive impact on their environment.”

Riddick originally wrote this story as a movie script in 2016. However, when the COVID-19 lockdown hit, Riddick found a lot of extra time on his hands and spent two months transferring the script into a novel. He still plans to have the story turned into a movie.

Since the book came out in 2020, Riddick has not had the chance to give it the promotion he wanted. Now with restrictions lifting, folks can come out to his book signing to meet the author and purchase the book, the accompanying soundtrack and other merchandise.

“The definition of supreme is to be high in rank and authority,” said Riddick. “I want to inspire others to dream the best way they can. It’s really about not settling.”

Being a published author is not Riddick’s first accomplishment. At the age of 17, he started his own label called “Die Rich.” This label includes albums he’s recorded, a weekly podcast called “Rich in Spirit” and a clothing brand with merchandise.

“It’s about being rich in every aspect of life,” said Riddick.

After his first book has run its course, Riddick is confident there will be more books in the future.